Here's the Real Reason You Should Brunch More Often

Getty Images
Ideas
By Sophie Egan
Sophie Egan is a program director at The Culinary Institute of America and the author of Devoured: From Chicken Wings to Kale Smoothies—How What We Eat Defines Who We Are.

Brunch gets a bad rap. When you think brunch you might think gimmicky buffet lines at some hotel. You got dragged there on Mother’s Day, and all you remember are doilies and overpriced mimosas. Or maybe you picture Portlandia and hipsters waiting in lines of ungodly length. A symbol of everything that’s wrong with gentrification. While some of the griping is warranted, brunch deserves more credit. If you’re on the fence about treating Mom this year, here’s why, as a culture, we desperately need the weekend meal. Here’s why it can save your soul.

But why, you might ask, does my soul need saving?

For starters, we’re eating alone more than ever before. According to consumer research firm Hartman Group, over half of our eating occasions are now by ourselves. Rather than taking a break to eat lunch with colleagues or friends, you likely resort to “Sad Desk Lunch”—keyboard clogging your way through a hoagie, alone. Everyone around you does the same, so you don’t think twice about it.

But because it’s normal, we overlook what we’re missing. Namely, conviviality and commensality. That these concepts are now endangered reflects a deeper concern in American culture, which is the finding from sociologists at Duke several few years ago that social isolation has reached perilous levels in the U.S. The average person’s number of social ties has decreased by a third over the last generation, and more than half of Americans report having not a single person outside their immediate family they consider a close confidant or friend.

Researchers at Cornell have found that people feel far more jealousy at the idea of their partner eating a meal with an ex compared with talking by phone, email, or in person but with no food involved. Which means: Eating with people is so novel, it has become a really big deal.

So whether you admit it or not, you’re socially starving.

And guess what? Happiness researchers at University of California Berkeley have found that, while a wide range of factors can affect a person’s well-being, the single most consistent factor associated with happiness is having a feeling of belonging and strong social connectedness.

Brunch is among the increasingly rare times we sit elbow-to-elbow, at a table. You talk to friends and family. You realize how bad you’ve become at making eye contact. When it comes to our weekly rhythms, brunch is like secular church. That’s the term offered by Stanford social psychologist Alana Conner. Like church, brunch is nourishing and uplifting; it’s a chance to reflect. Interestingly, the growing popularity of brunch is coinciding with a decreasing number of people sitting in actual church on Sunday morning: Last year Pew found that about 23% of American adults have no religious affiliation. The “nones” are up from about 16% in 2007. As Americans become less religious over time, brunch is filling a void for many. It’s a something for the nothings.

Brunch can satisfy our craving for community, even if that’s a craving we aren’t even aware of. You see, as Americans, we place a premium on individualism. We feel it’s our birthright to eat exactly what we want, when we want, with or not with whomever we want. Today, it has become not only socially acceptable but culturally normal to snack, or “graze,” throughout the day. So we eat in the car; we eat on the couch; we chew on beef jerky from the sidelines of our kid’s soccer game. Soylent—the beige meal-replacement smoothie that says to hell with food entirely— is perhaps the most soul-less snack of all. And its sales are up 300% in 2016. But we forget that as humans we’re social creatures, too. Brunch helps us regain that part of ourselves that is rapidly disappearing.

So your soul needs saving in part because of all the solo dining and the snacks replacing real food experiences, but also because of the distinctly American tendency to work all the time. We seem to be competing for whose plate is the fullest, who’s the most “in the weeds,” “in the trenches,” or “wearing the most hats.” If there’s a tagline for today’s workforce, it’s got to be Grin and Bear It. Along with the extreme working is the extreme scheduling, the accelerated pace of daily life: A poll from USA Today found that every year since 1987, people have felt busier than the year before.

Brunch is one of the few times you can ditch the clock, forget productivity and just simmer on the sidewalk until your table is ready. Or lounge in your PJs as a family until noon. Brunch is about slowing down—anticipation, delayed gratification, and the pursuit of a meal. At a restaurant, all that waiting in long lines is good for us. Because have you heard that we now have a shorter attention span than goldfish? Our patience is waning by the week, people!

The spirit of brunch is in stark contrast to the weekday ritual of choking on a banana as you run for the subway, or hitting the McDonald’s drive-thru for an Egg McMuffin. Instead of tomahawking a PopTart at each kid on their way out the door, Mom and Dad can make something special. Because brunch is also one of the times we’re more likely to cook. Classic brunch foods like pancakes and French toast are among our most-searched recipes online. With the outpouring of meal delivery apps and the grocery-store-turned-takeout-restaurant, it means a lot that we might actually break out the pots and pans to make eggs.

So next time you knock brunch, consider the stiff cultural headwinds we’re facing. And you’ll see it’s the antidote to most of them. 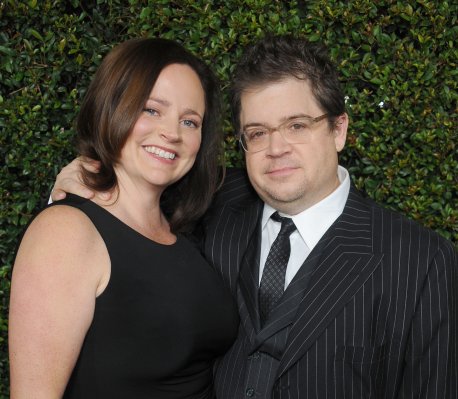 Remembering My Wife, Michelle McNamara
Next Up: Editor's Pick