The Aeropostale Inc. logo hangs above a store at the Santa Fe Mall in Mexico City, Mexico, on Friday, Sept. 20, 2013.
Bloomberg—Bloomberg via Getty Images
By Victor Luckerson

Teen fashion retailer Aéropostale is closing more than 100 stores in the United States as it files for Chapter 11 bankruptcy, the company announced Wednesday.

The struggling chain will shed 113 U.S. locations and 41 locations in Canada. Almost all of the stores being shut down were unprofitable, according to Fortune. The U.S. outlets will have store closing sales over the weekend of May 7-8.

Aéropostale has faced increasing competition from foes such as Forever 21, Abercrombie & Fitch and American Eagle. The company’s plan now is to focus its efforts “around a smaller footprint of more profitable stores,” according to its bankruptcy filing.

See the full list of Aéropostale stores that are closing here. 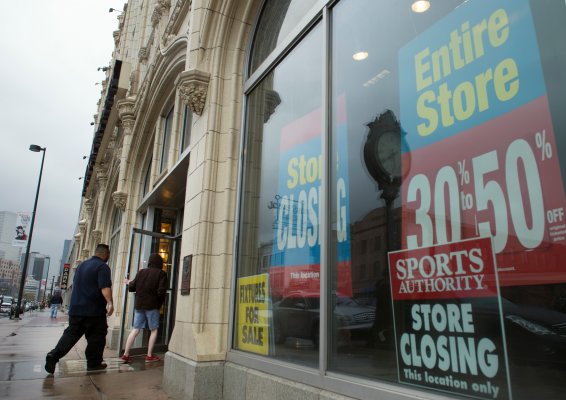 Sports Authority Likely To Shut All 463 Stores
Next Up: Editor's Pick