Why We Haven't Been Able to Stop Wildfires

Smokey the Bear told forest and National Park visitors for decades that they held the health and safety of the areas they visited in their hands. “Only you can prevent forest fires,” the character says.

But as it turns out, Smokey has been lying to us. Stopping wildfires is simply not that easy, researchers say. And while some forest experts support plans that could substantially reduce the risk of large-scale burns like the one raging in Fort McMurray, the endeavor will cost billions and take decades. And even then risks will still remain.

The rapid increase in the prevalence and intensity of wildfires in recent years follows centuries of growing human influence on forests. During that time period—and especially over the 20th century with the establishment of the U.S. Forest Service—we have responded to wildfires extinguishing them as quickly as possible. But that instinct has allowed brush and trees that would normally die off in the occasional fire to grow unabated in some regions. Over time, that excess brush provides extra fuel for fires. So when fires do strike, and they can’t be controlled, the unencumbered plant growth allows them to burn much more quickly.

“The main self-regulatory mechanism in ecosystems was frequent fires, fires that burned every two to seven years,” says Wally Covington, a forest ecology professor at Northern Arizona University. “Those fires were put out by European settlement.”

Man-made climate change has also created more favorable conditions for wildfires. Fires thrive in warm temperatures that have spiked due to global warming. Conditions like climate change-related drought also increase the likelihood of wildfires. A lack of access to water kills trees and plants and dry conditions transform the brush into a material that ignites easily.

Read More: This Graphic Shows How ‘Unimaginable’ Wildfires Are on the Rise

“Due to climate change and other factors, fire seasons tend to be longer and they tend to be drier,” says Doug Rideout, professor of forest and rangeland stewardship at Colorado State University. “It turns out that fuel treatment programs can address both.”

Newer strategies for controlling wildfires includes a number of different methods for reducing forest and plant life—the fuel in a forest fire. Government and forest protection officials have increasingly invested in programs to eliminate the extraneous brush that helps fires spread quickly. Prescribed burns are one of the most effective—and controversial—methods of reducing fire risk. In a prescribed burn, fire officials set fire to an area vulnerable to fire. Setting controlled fires allows forest workers to remove highly flammable plant material under conditions they know will keep the fire from spreading too rapidly. Prescribed burns also help remove invasive species that might destroy the native habitat, and in turn, create more dead brush that could lead to bigger fires.

The method has grown in popularity in recent years, but still faces challenges, particularly in areas where burns might threaten local air quality. Programs to restore ecosystems to their pre-human state have also gained favor as a way to reduce wildfire risk. Many forests now have somewhere between 300 and 700 trees per acre, a dramatic increase from the 15 to 50 trees per acre pre-human influence, according to Covington. Thinning forests makes the remaining trees healthier and more likely to withstand wildfires. The method also helps natural wildfire to thrive in forests. And, even if forest officials cannot thin entire forests, treating small areas can create buffer zones that prevent future fires from growing out of control.

Efforts to implement these preventive methods have expanded in recent years, but experts say funding needs to expand rapidly before wildfires can be slowed across the globe. Governments have devoted billions of dollars to addressing wildfires, but the money has largely gone to putting out existing fires, even as the number and severity of increases.

“We’re not good at doing maintenance, and then really bad things happen,” says Chris Topik, director of the Restoring America’s Forests program for The Nature Conservancy. “Last year the wildfire season was terrible, worst in decades. The fire fighting sucked up all the money and then some.” 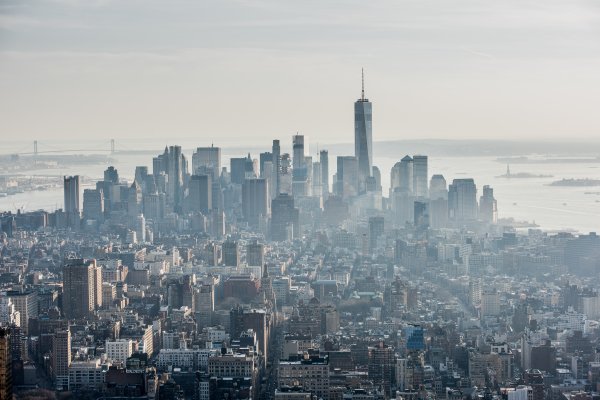 How Your Office Is Contributing to the Problem of Climate Change—And How It Can Help Solve It
Next Up: Editor's Pick