Artist Whose Nude Painting of Donald Trump Went Viral, Says She Was Attacked by Trump Supporter

A woman adjusts a painting depicting a naked man with the head of Donald Trump by US artist Illma Gore at the Maddox Gallery in London, April 11, 2016.
Andy Rain—EPA
By Daniel White

A Los Angeles artist claims she was punched in the face after painting a nude portrait of Donald Trump.

Illma Gore, 24, says she was walking to an art supply store Friday when she claims a group of men approached her and she heard “Trump 2016,” according to NBC.

The Los Angeles Police Department is investigating the alleged assault, according to NBC.

This isn’t the first time Gore says she’s faced violence over the painting, which shows the Republican presidential candidate nude, with small genitals. Gore told TIME that her pastel drawing, titled “Make America Great Again,” was painted before comments by Trump in response to accusations in March that he had small hands.

Gore says she does not worry about more attacks, but that she is concerned about free speech. “I am scared for America, and for the future for myself and for artists,” she said. “Whoever hit me should take responsibility for their actions as well. It’s cowardly not to.” 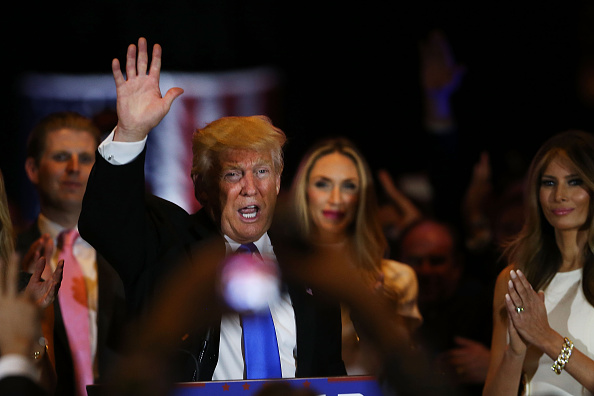 Will Trump's Winning Streak Last Through November?
Next Up: Editor's Pick