By Dorian Geiger and Mark Rivett-Carnac

Residents of Fort McMurray were ordered to evacuate late Tuesday as a wildfire threatened the city, which lies in Canada’s oil sands region.

The entire population of about 80,000 was put under a mandatory evacuation order at 6:20 p.m. as the fire that started to the southwest of Fort McMurray advanced towards the city. “This is the biggest evacuation we have seen in the history of the province in terms of fire,” Alberta Premier Rachel Notley said at a news conference, according to Reuters.

Fleeing residents have congested Highway 63, the major artery to and from the city. The route’s southern arm was cut off by the blaze, according to Reuters. Some flights have been cancelled at the Fort McMurray airport.

The blaze was first discovered on May 1, and is expected to burn more intensely on Wednesday, Reuters reported the assistant deputy minister of Alberta’s Forestry Division as saying. Alberta has appealed to neighboring provinces to help control the fire and direct residents to safety. 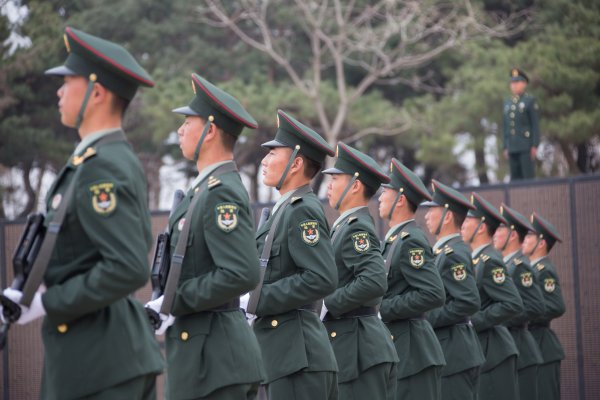 China Is Now Using Rap Music to Recruit Young Men to Its Army
Next Up: Editor's Pick