Amariyanna Copeny is only 8-years-old but she already knows the power of the pen. When she and her family were on their way to Washington to attend Congressional hearings on the Flint water crisis, she wrote a letter to President Obama asking him to meet with the visiting residents.

“My mom said chances are you will be too busy with more important things, but there is a lot of people coming on these buses and even just a meeting from you or your wife would really lift people’s spirits,” wrote Amariyanna, who goes by Mari.

Her mom was right—the president was not able to meet with her when she was in town. But on Wednesday, Mari will have a chance to meet with the president when he visits Flint, Mich. About five months after the news that lead-contaminated water had been flowing into the homes of residents drew national attention to the mostly poor and minority city of 99,000, President Obama will be briefed on the federal response, meet with community members and give a speech to residents.

“As the president noted in his letter last week to Mari Copeny,” White House Press Secretary Josh Earnest said Tuesday, “Flint residents need to know that when the cameras are gone, the Administration’s support for the state and local response efforts will continue.”

Mari says she’s “excited” for the president’s visit, but her mom Lulu Brezzell, 26, hopes the president’s conversations with residents open his eyes to the harsh realities of life there. “Sometimes it feels like we’re forgotten,” Brezzell told TIME in a phone interview. “I hope he sees that the people here are really suffering. … I hope President Obama sees how bad it really it is.”

The Environmental Protection Agency has said the water is safe to drink when filtered, but Brezzell says she’s not ready to switch from bottled water. “I will not trust the water until the all of the pipes in the city are replaced,” she says.

For the mom of three, just getting her kids bathed is a struggle. She uses 23 gallons of water, water that needs to be dumped out of bottles and warmed up to a comfortable temperature, to fill the tub halfway for bath time. The water that spews from her faucet, she says, smells like bleach. If she doesn’t treat it, her babies’ break out in rashes. Before we got on the phone, she said, her son filled a cup up with water from the bathroom sink. Everyone in the house panicked. They avoid bathing in the water, they don’t cook with it, and if there’s one thing they definitely avoid doing it’s drinking the water that comes from their faucets unfiltered.

In April 2014, the Flint city government changed water sources—from Lake Huron to the Flint River—in order to cut costs in the cash-strapped city. Shortly after, residents began complaining about the smell, color and taste of the water. Later many reported suffering from rashes and physical ailments. But it wasn’t until last fall that the state government admitted there was an issue—after researchers found high levels of lead contamination among city children under 5.

Since, the city and state have been slowly working to right those wrongs. Several officials have either resigned or been fired. Just last week, three officials were indicted on criminal charges for their involvement in the handling of the crisis. Two state officials and a city utilities administrator were charged with violating clean water law, conspiracy, and tampering with test results, among other things.

The federal government stepped in after the president’s declaration of a federal emergency in the city, allowing officials to coordinate relief efforts, administer water filters and hand out bottled water. The White House says FEMA has provided over 9.3 million liters of water to the city and the Department of Health and Human Services is working with local healthcare providers to test children’s blood for lead poisoning. The federal state of emergency was declared in January and extended through August 2016. And last week, the Senate moved forward with a $220 million package that includes $100 million that could be used on infrastructure projects in Flint and other cities that have faced issues with lead.

Kary Moss, executive director of the American Civil Liberties Union of Michigan, says the accountability they’ve seen thus far is an important step, but adds there is plenty of blame to go around in the state. Moss told TIME that she hopes the president reaffirms his commitment to getting money to the city, but she says a show from the president that the issues in Flint matter is important, too.

On Wednesday, the president is also expected to use the backdrop of Flint to make a “broader argument to the country about why investments in our infrastructure are so critically important,” Press Secretary Josh Earnest said last week. An analysis of EPA data by the Associated Press found that “1,400 water systems serving 3.6 million Americans exceeded the federal lead standard at least once between the start of 2013 and last September.”

Virginia Tech professor Marc Edwards, whose research team helped uncover the lead issues in Flint, took a nine-plus hour drive to Flint on Tuesday to “stand with residents” as the president addresses the community. He says he hopes the president doesn’t politicize the issues there, but that he does send a message to cities across the country about the importance of protecting infrastructure.

“You can only neglect your vital infrastructure, especially water systems, for so long before you pay a horrible price,” says Edwards, who is a 2016 TIME 100 honoree. “If other cities do not get this message they would be doomed to sort of repeat the same mistakes.”

He also hopes the president doubles down on efforts to help the city recover via financial help. “The fact of the matter is Flint residents can not fix this problem by themselves,” said Edwards, who the city tapped to oversee its water testing. “They need financial help for infrastructure, water mains, lead pipe replacement; essentially to get back on their feet.”

While attention is directed at Flint on Wednesday amid the president’s visit, 8-year-old Mari, who is known around town as “Little Miss Flint” hopes the rest of America knows the city’s residents will continue demanding justice.

“Even if the water is bad we’re still fighting,” she says. 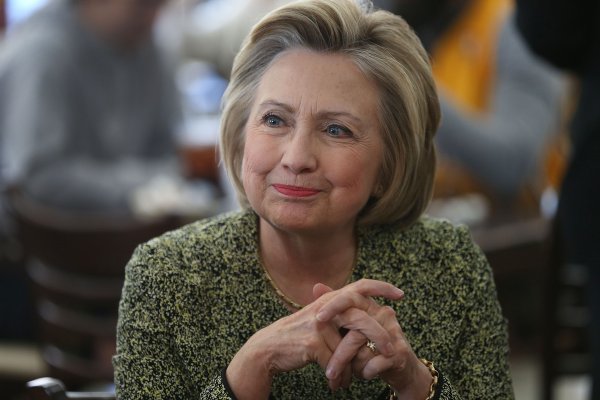