You could tell when Ted Cruz started speaking in the past tense that he had finally come to grips with the inevitable. Standing in front of a bank of flags, surrounded by family who had gathered for a final stand in Indiana, the Texas Senator dropped his bid for the White House on Tuesday night.

“We left it all on the field,” Cruz told supporters with evident sorrow. “But the voters chose another path. And so, with a heavy heart, but with boundless optimism for the long-term future of our nation, we are suspending our campaign.”

The roots of his regret go back to the gamble that has defined his political career. Since running for the Senate in 2012, Cruz has wagered that the way to win the White House was to run as an uncompromising conservative.

Almost every Republican strategist agrees the party’s salvation depends on broadening its appeal—a move so necessary and obvious that the Republican National Committee codified it in a report after the 2012 campaign. That means running as a classic center-right conservative in the primary, then pivoting to the middle for the general election. Cruz ripped up the rulebook, running a base-turnout campaign from the start, counting on evangelical and very conservative voters who allegedly sat out elections contested by milquetoast candidates.

Cruz argued that his absolutist brand of politics would raise a hidden “conservative army,” consisting of Americans who stayed home in 2008 and 2012. More than 50 million self-described evangelical voters stayed home when the GOP nominated Mitt Romney, Cruz claimed, arguing the party needed a candidate who would campaign “in bold colors, not pale pastels,” a phrase borrowed from Ronald Reagan.

And so, on issue after issue, Cruz staked out stances that no one on the right could outflank. He framed himself as a true believer in God and guns, went populist to capture grassroots unrest, led the effort to shut down the federal government in a doomed bid to gut Obamacare. He painted Republican colleagues as squishes, even calling Republican leader Mitch McConnell a liar. It’s de rigueur to rail against the Washington elites from the green rooms and gilded halls of the Capitol. It’s another thing to try to win the Republican nomination by running against the GOP. It led to Cruz becoming the most hated man in Washington, a point of pride he touted on the eve of the Iowa caucuses.

And for a while, it looked like a canny calculation. But there was a flaw at the heart of this theory of the case. The conservative army that Cruz promised to unleashed proved to be a myth. Cruz traveled the country in 2014 and 2015 telling tall tales of the millions of evangelical and very conservative white voters who stayed home in 2012. But poll after poll, and results in state after state, failed to dredge up any evidence for the theory. Evangelicals turned out in record numbers for Mitt Romney. There were few hidden soldiers waiting to be conscripted in what Cruz fondly referred to as the flyover counties of America.

Cruz misread the mood of the voters who were out there, and then courted them poorly. (Another political rule: the most likeable candidate usually wins.) As Trump was running up the vote tally in the Rust Belt, promising factory jobs were coming home, Cruz stuck with his that’s-not-government’s-job position. Trump riled crowds about immigrants; Cruz quoted the Founding Fathers. Trump pledged to build a wall on the U.S.-Mexican border while Cruz promised to move the American Embassy in Israel from Tel Aviv to Jerusalem. Trump campaigned with celebrity coach Bobby Knight; Cruz rallied with talk-radio host Glenn Beck. Cruz kicked off his campaign at evangelical Liberty University and Trump announced his candidacy in the gold-plated lobby of his Manhattan skyscraper.

Politics has never been a purity test—even if it often seemed that way during the halcyon days of the Tea Party. And in 2016, the voters who fueled the conservative uprising were more interested in a candidate who could channel their anger than rhapsodize about the Constitution. How else to explain the mystery of why evangelical voters were choosing a thrice-married libertine who characterized navigating the Manhattan singles scenes without contracting a sexually transmitted disease as “my personal Vietnam?” Trump trounced Cruz across the Deep South—territory the Texan banked on winning—where even the godly worshipped at the Church of The Donald.

Meanwhile, there were signs that the self-styled true believer was more malleable than he let on. An early indication came in his brief flirtation with the strain of non-interventionist foreign policy. Not long ago, Cruz was joining Rand Paul’s filibuster against the Obama administration’s drone policy. As his party’s hawkish leanings resurfaced, Cruz saw the shift and promised he would bomb the Islamic State until the desert sand glowed.

Rivals began poking holes in the Texan’s narrative of unswerving principle. You can trace the beginning of his undoing to the night of his triumph in Iowa, when aides spread false reports to caucus-goers that Tea Party darling Ben Carson was preparing to exit the race. Cruz eked out a victory, but the seeds of a new storyline had been planted. Carson wouldn’t let the matter go. Marco Rubio spent the South Carolina primary assailing Cruz for running a campaign of “dirty tricks.” Trump tagged the Texan with a nickname, “Lyin’ Ted,” that seemed silly until it stuck.

By casting himself as an agent of conservative purity, Cruz left himself little room for error or tactical changes. As he crisscrossed Iowa, Cruz’s favorability was the highest in the field—a staggering +45, according to Gallup. Three months later, he is underwater, a full 20 points behind Trump. Cruz’s standing inside the party also fell, something fellow Senators didn’t think possible. Before the Florida primary, Cruz and his allies invested more than $1 million and rolled out the endorsement of former HP CEO Carly Fiorina in the state to ensure Marco Rubio lost. He forced an “I win, or you lose” choice for the GOP, ensuring the party would be stuck with Trump if it didn’t rally around him.

Cruz long insisted that he could beat Trump in a one-on-one contest. He got his wish in Indiana. In a makeshift alliance, Ohio Gov. John Kasich pulled out of the state. Cruz’s forces poured money into the state, blanketing the airwaves and winning the grudging support of Hoosier Gov. Mike Pence. Cruz allies and Trump foes spent almost $6 million on television ads. He even named a running mate, Carly Fiorina, in a gambit to shake up the race.

None of it worked. Cruz crisscrossed the small towns with the grave manner and overwrought diction of a revival pastor from another century. His emphasis on where transgender citizens use the bathroom horrified party strategists and stirred sour memories in a state still reeling from its recent battle over a religious freedom law. It was one thing when Cruz got thumped in New York, whose values he criticized to score points. But large swaths of Indiana look a lot like Iowa on Sunday mornings, and the faithful were nowhere to be found. They simply were tired of fighting the culture wars Cruz seemed eager to lead.

In the end, Cruz’s earliest decision—to treat his colleagues in the Capitol as foils instead of friends—came back to bite him. The #NeverTrump movement that conservatives launched to thwart the brash billionaire was never going to work when the primary alternative was a guy who much of the party detested. When former House Speaker John Boehner—ousted by the chamber’s arch-conservative Freedom Caucus, which took cues from Cruz—chose the day of Fiorina’s announcement to liken the freshman Texan to “Lucifer,” it seemed less a hot-headed jab than ice-cold revenge.

Cruz’s final act in Indiana was to deliver a blistering critique of Trump. He called him a pathological liar, a philanderer, a narcissist, and “utterly amoral.” This was a candidate whom Cruz courted and complimented for months. “Donald Trump is terrific,” Cruz tweeted in December. Now Cruz was unloading, telling voters “what I really think.” Voters were left to infer that Trump was right: the self-styled truthteller (slogan: “TrusTed”) had dissembled for months because he thought the détente worked to his benefit. The candidate had finally let the mask slip, a rare moment of candor in a disciplined campaign.

Even after dropping out, Cruz is well-positioned for a second try in 2020. His is a party with a history of nominating the runner-up the next time around. He began to lay that groundwork on Tuesday, with a farewell speech inspired by Ronald Reagan’s concession at the last contested convention in 1976. As flawed as his audacious gamble may have been, it transformed a first-term Senator with few powerful allies into a serious contender for the GOP presidential nomination. Cruz won 11 primaries and caucuses, raised gobs of cash from donors big and small, and ran the most technically savvy Republican campaign of 2016.

In the end, Cruz played the hand he chose about as well as he could. It just wasn’t as strong a hand as he thought. 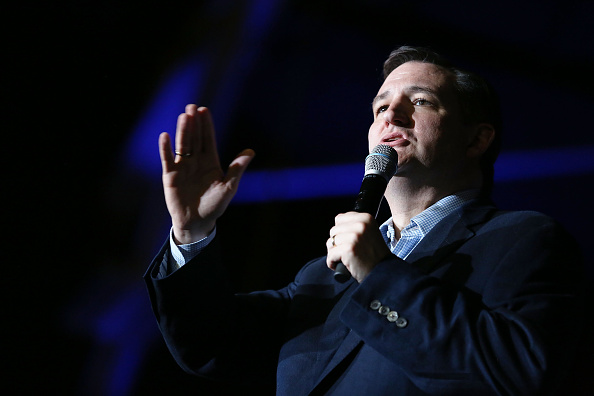 How Ted Cruz's Super PAC Fought in Indiana
Next Up: Editor's Pick