James Bradley, the author of a bestselling book about his father’s service at Iwo Jima, now says he doubts his father was one of the six servicemen who were captured raising an American flag in the iconic photograph from the 1945 battle.

Bradley told the New York Times he now believes his father had raised a flag with his fellow soldiers earlier in the day, but was likely not one of the men depicted in the famous picture.

The revelation comes after the Marine Corps opened an investigation last week into whether the soldiers in the famous photograph had been misidentified. Two Omaha historians, Eric Krelle and Stephen Foley, were the first to raise doubts about the identities of the soldiers in the photo. They had studied footage and other photographs from that day of battle (Feb 23, 1945) and had concluded based on clothing and weapons that one of the soldiers, James Bradley’s father, was misidentified. The figure thought to be Bradley was probably actually another soldier, Harold Henry Schultz, who died in 1995, Krelle and Foley argue.

The photo, which quickly became the most widely printed photo from WWII, was taken by Joe Rosenthal and printed in TIME. 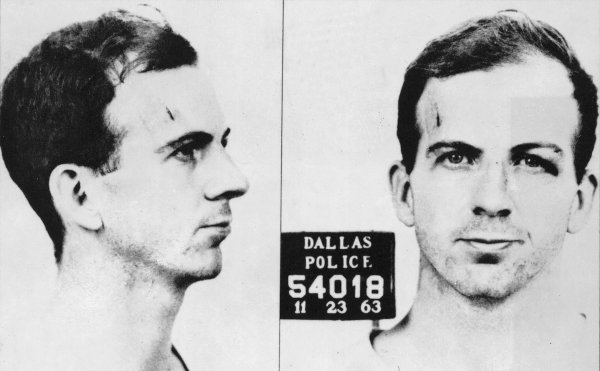 Donald Trump and the Truth About Lee Harvey Oswald and Cuba
Next Up: Editor's Pick