Have This Simple Conversation to Ensure You're Paid Fairly

Editor’s note: This article is part of our collaboration with Point Taken, a new program from WGBH on PBS and online at pbs.org. The show features fact-based debate on major issues of the day, without the shouting.

Pay transparency is all the rage these days.

Pay transparency laws represent the latest effort to close the gap, which has remained stubbornly in place for decades. But will they be effective?Their primary goal is to eliminate the gender wage gap. Currently, in the United States, women earn approximately 21 percent less than men. The gap between men’s and women’s wages remains even when taking into account factors such as career choice (e.g., college-educated women become teachers more often than men do, and teachers are paid less than many other jobs requiring a degree), experience and education. One study found that 10 years after graduation, women earned 12 percent less than men after accounting for all other factors that could affect pay.

The answer depends in part on whether employees are willing to disclose their salaries and how employers address the concerns that are likely to arise when a salary gap is revealed.

No salary disclosure required
Part of the problem is that with one exception – government employees – the laws currently in place to promote pay transparency do not actually require disclosure of individual salary information.

For example, the federal regulation that has been touted as a pay transparency law only prohibits employers from retaliating against employees who disclose their own salary. California’s and New York’s laws are essentially the same. The idea behind these anti-retaliation laws is to allow employees to disclose their pay without repercussion, eliminating pay secrecy policies and customs.

For these laws to create actual pay transparency, however, employees must be willing to share salary information. And while there appears to be a trend toward employee willingness to do so, it is at odds with the longstanding social norm against discussing pay.

Finding a link to pay equity
In the absence of a legal requirement to disclose wages, an increasing number of companies are making salary information transparent on their own.

Different companies have taken varying approaches to this. For example, Whole Foods allows workers to check their colleagues’ salaries, while social media scheduler Buffer publicly discloses the formula it uses to determine employees’ salaries. At the extreme end of transparency, many governmental employees’ salaries are publicly available, depending on the state.

One could argue, and many do, that increased pay transparency decreases the gender pay gap.

The argument has logic: if employers disclose salaries, they will also be disclosing any gender pay gap that exists, and this will lead to efforts to eliminate it. This is precisely what happened at Buffer, which, after disclosing employee salaries, found a wage gap and changed its compensation system and hiring priorities to eliminate it.

While there is research comparing the federal workforce’s gender wage gap with that in the private sector, it does not show whether pay transparency is a factor. And, in fact, it is quite probable that the most important factor explaining the smaller federal wage gap is the government’s highly structured pay and promotion system.

Second, when one looks closer at the anecdotal evidence, what it suggests is that pay transparency is only one piece at play. Comparing the experiences of Buffer, the example that appears to be most popular in the press, with Salesforce illustrates this.

Corporate attitude
Indeed, a company’s attitude toward the wage gap and its causes may be more significant in eliminating it than putting in place a transparent pay policy.

Consider the fact that differences in an employee’s initial salary contributes to the gender wage gap. Is this caused by differences in previous salary? Or that men are usually rewarded for negotiating a better salary – while women are penalized for doing the same?

Pay transparency would reveal a gap in starting salary, but the company could decide that it is not due to gender but “market forces” – e.g., the man had to be paid more to take the job in order to avoid a wage cut – or because of his negotiating ability. That would make it less likely that the company would take action.

To take another example, women take off more time than men do after the birth of a child. A “gender neutral” policy of basing raises on seniority will result in women having lower salaries over time than men do. Pay transparency will reveal this difference.

Yet seniority is generally considered a neutral, nongendered reason for a wage gap, and a company can explain away any differences based on this, claiming that it has nothing to do with sex. But isn’t a pay gap based on gender if it is caused by the fact that women have babies or that they stay home with sick children more often than men?

Companies have to be willing to reconsider many such components of compensation to eliminate gender disparities in pay.

Negative consequences
Taking a step back and accepting that pay transparency would at least allow differences to be revealed, which could lead to a decrease in the gender pay gap, one must also consider the negative repercussions.

One downside to pay transparency is the effect on employee morale. A fascinating study on the effect of revealing salaries of University of California employees showed that employees below the median salary for their position had decreased job satisfaction and an increase in desire to change jobs.

On the other hand, a recent PayScale survey suggests that transparency has the opposite effect, encouraging retention, because employees tend to think they’re more underpaid than they actually are.

To avoid negative consequences, the Society for Human Resource Management recommends that employers be prepared to explain any reasons for pay disparities that are revealed. This also suggests that how an employer handles a pay gap matters more than the disclosure of it.

Putting this all together, pay transparency in and of itself doesn’t necessarily help close the gender pay gap. It creates opportunities for employers to reconsider their current compensation systems but doesn’t mean they’ll necessarily do anything about it.

So while pay transparency is a good idea, on its own it probably won’t be able to eliminate the persistent pay disparities between men and women. 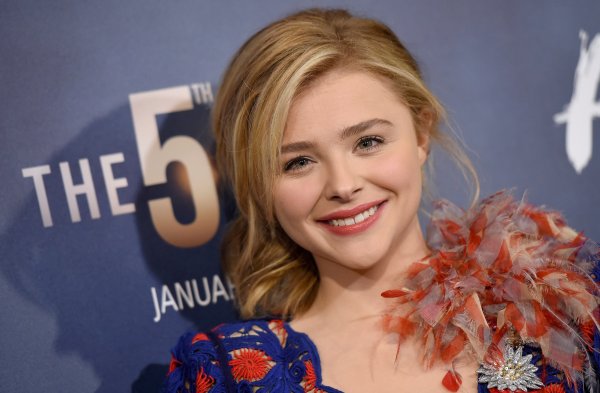 Chloë Grace Moretz Talks Her Twitter Spat with Kim Kardashian and Having Her Own Opinions
Next Up: Editor's Pick