Justin Gerrard speaks quickly, Brian Gerrard speaks slowly. Justin jumps around the room, Brian glides with caution. If you met them separately, you would never guess they were brothers. But their oil-and-water partnership helped them create Bae, a dating app for black people.

Bae works pretty much like Tinder, but tailor-made for black users. The Gerrards came up with the idea after they realized how difficult it is for black singles to find dates on existing platforms.

“If you are a black person, you see Tinder as a white app,” says Brian. “Tinder isn’t calling itself the dating app for white people, but that is achieved implicitly because of the negative experience for black people.” (Tinder spokesperson Rosette Pambakian said the dating app is among the most diverse global platforms in the world, and that “everyone is welcome to use Tinder.”)

Indeed, dating while black is not easy, especially on platforms largely populated by non-black users. The Gerrards cite an OKCupid study showing that black users experience a strong negative bias in online dating. In 2014, black women were 17% to 20% less likely to get responses from non-black men on OKCupid, while black men were 8% to 27% less likely to match with a woman of a different race. According to the OKCupid analysis, 82% of non-black men on the platform exhibit some form of racial bias against black women.

The problem can go far deeper than an inability to find dates. Brian says friends have shown him screenshots of “being called a n-gger on Tinder. In 2016. In San Francisco.” Phoebe Boswell, a Kenyan artist living in London, recently created an entire gallery show about the racist insults she has received on Tinder.

Ten years ago, the Gerrard brothers weren’t thinking about starting a company together. They were too busy swordfighting. Their parents, both lawyers, sent the boys to separate private schools in suburban New Jersey. There, they both pursued fencing — Brian was ranked one of the top foil fencers in the state — and they frequently faced off against each another in tournaments, even though Justin is two years older. The brothers say their contrasting personalities have strengthened them as a team. “It has made us more successful because of how we are able to combine those different skill sets,” says Justin.

Now the brothers Gerrard are both applying their skills toward Bae. The operation is based in Brian’s small apartment in Fort Greene, Brooklyn, where basketballs roll around in the living room and old record covers hang on the wall. Their progress is tracked on a whiteboard, which lists the tasks of various team members and two questions scrawled in teenage-boy handwriting: “What did you accomplish yesterday? What will you do today?” There is beer in the fridge, an Oculus Rift virtual-reality headset near the TV, and the bathroom is what you would expect from a 20-something dude in Brooklyn. The Gerrards have three full-time and three part-time employees. They’re not yet making money, but they hope to do so soon, perhaps through advertising.

There are some dating sites for black people, more in the Match.com vein, but not an app for young black users. Since the Gerrards launched Bae last April, the app’s user base has grown to more than 100,000 people, roughly split between men and women (they won’t give an exact user count). The Gerrards don’t just want to create a hot app — they also want to help address the low marriage rates in the black community by making it easier for black singles to meet up. Pew found in 2012 that 36% of black people over the age of 25 had never been married, up from 9% in 1960. By comparison, 16% of whites over 25 had never been married.

Non-black people aren’t prevented from signing up for Bae, as the app doesn’t ask your race when you create an account. But the idea is to create an app for black people to safely meet people of all races who want to form a genuine connection.

“It’s shocking that there’s a dating app for people who like bacon, there’s one for burrito lovers, for Jewish folks, for Asians, there’s Hinge and Bumble, but nobody wanted to solve this problem,” Brian says. “In hindsight, it makes perfect sense. People don’t think about solving problems that don’t affect them, and investors don’t invest in ideas that don’t affect them.”

Indeed, funding is one of the biggest obstacles facing many entrepreneurs of color. The Gerrards say they know of many white entrepreneurs who were able to get a head start through inheritance or, as Brian puts it, “a quick friends-and-family round of $800,000,” but black entrepreneurs rarely have that luxury. Bae received an angel investment last year before kicking off a seed round at TechCrunch Disrupt earlier this month.

“Two generations ago if you were black in America, the best job you could have was post officer or schoolteacher,” Brian says. “So there’s really no generational wealth to rely on.” That means black entrepreneurs rely heavily on investors even for the earliest rounds of funding, which can be challenging given that most tech investors are white men.

“Nine times out of 10 if we’re pursuing an investor, it is likely not somebody who has experienced what it’s like to date as a black person in America,” Brian says. Almost every black entrepreneur faces this challenge. Fewer than 1% of venture-backed startups are founded by a person of color.

The difficulty facing black entrepreneurs is obvious in the name of the product itself. That the Gerrards were able to trademark a phrase as common as “bae” and sell such a simple idea illustrates just how few startups are being created for black users. “Bae” has been part of the cultural vernacular for years, especially in the black community. It’s been around so long that it was even declared “over ” in 2014, after mainstream media outlets like this one took to explaining the term to old fogeys. But “bae” is such a common phrase, used by everyone from teens on Tumblr to Pharrell, that the Gerrards were shocked when they were able to use the word to name their app.

“It’s crazy that we were able to trademark the word bae in 2015,” says Brian, noting that the annual buying power of black consumers is expected to reach $1.4 trillion by 2020. “It actually puts those particular investors at a huge disadvantage.” 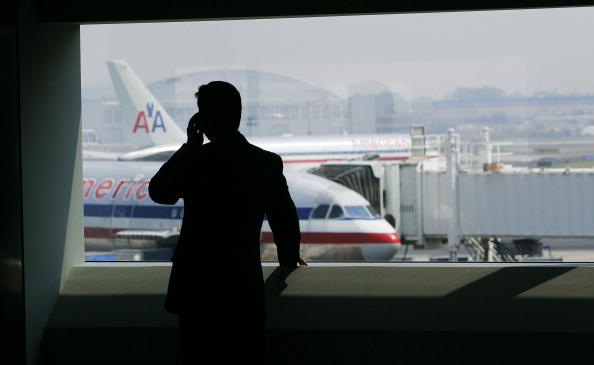 Startup Is Bringing Travel Agents Back From the Grave
Next Up: Editor's Pick