Prince Harry thought he had dropped the mic on the Obamas when he conscripted his grandmother, the Queen of England, to help him best President Obama and First Lady Michelle Obama in a playful Twitter beef. Now, Canadian Prime Minister Justin Trudeau has entered the fray—and he just might have won.

On Monday, Trudeau and Harry met up to discuss the 2017 Invictus Games, which will be held in Toronto. After the meeting between the two very attractive leaders, Trudeau decided to help spread the word about the upcoming Invictus Games and show the world what they were up against competition-wise when the Games head up North.

“Oh, hey,” Trudeau grins in the video he tweeted out. “I just thought I’d show our friends in the U.S. and the U.K. how Canada brings it.” Alongside some Canadian veterans, Trudeau drops to the ground for a few one-handed push ups, making sure to drop the mic along the way.

The Invictus Games are an international sporting event for injured soldiers and veterans that was founded by Prince Harry after he spent time serving in the British Army.

This year’s competition begins on May 8 in Orlando, Fla. 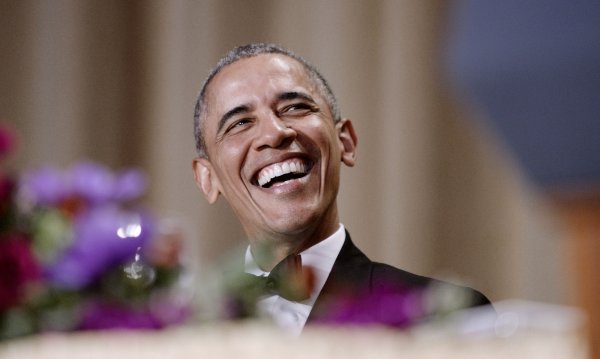 President Obama's Next Job? Brand Ambassador!
Next Up: Editor's Pick