The Marine Corps confirmed on Friday that it has started investigating whether it misidentified one of the men who appears in the iconic World War II photo depicting the raising of the American flag at Iwo Jima.

The investigation comes after historians Eric Krelle and Stephen Foley voiced skepticism, as early as 2014, about the identity of one of the men in the photo, noting differences in clothing and weapons compared to other photos taken of the men that day, the Omaha World-Herald reported.

They concluded that the man long identified as John Bradley was actually Harold Henry Schultz, who died in 1995. Bradley’s son, James Bradley, is the author of “Flags of Our Fathers,” a book about the six men in the photo, which was made into a movie directed by Clint Eastwood and produced by Steven Spielberg.

Joe Rosenthal, the photographer who shot the photo on Feb. 23, 1945, didn’t get the names of the men at the time, but the Marines later identified them as John Bradley, Rene Gagnon, Ira Hayes, Harlon Block, Michael Strank and Franklin Sousley.

Block, Strank and Sousley were killed in battle at Iwo Jima.

“Rosenthal’s photo captured a single moment in the 36-day battle during which more than 6,500 US servicemen made the ultimate sacrifice for our Nation and it is representative of the more than 70,000 US Marines, Sailors, Soldiers and Coast Guardsmen that took part in the battle. We are humbled by the service and sacrifice of all who fought on Iwo Jima.” 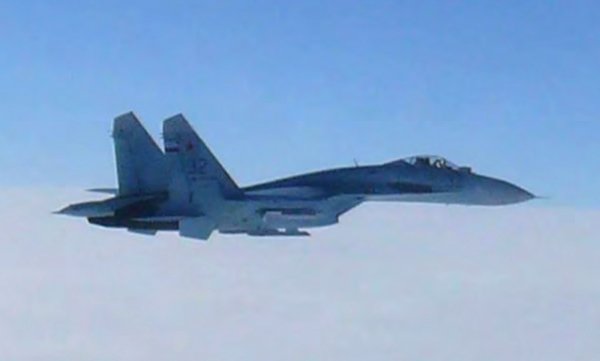 Russian Warplane Flies in 'Unsafe' Manner Near U.S. Aircraft
Next Up: Editor's Pick