A pedestrian walks past a service station of Uber in Wuhan, China, April 14, 2016
Sun xinming—Imaginechina/Getty Images
By Kia Kokalitcheva / Fortune

In a chase for Chinese customers, Uber is now going after their wallets — their digital wallets, that is.

The ride-hailing company said on Tuesday that it would begin to let Chinese customers pay for rides using popular Chinese digital payments app Alipay when they travel to more than 68 countries and 400 cities.

As part of the partnership, Uber’s service will now also be available through Alipay’s mobile app, helping Uber skip the line and land right into the palm of Alipay’s 450 million Chinese users. Alipay’s users will be able to hail an Uber ride through the app outside of China as well.

Uber’s move is designed to give it a leg up in the potentially huge Chinese ride-hailing market, where the company is a distant second place behind local leader Didi Chuxing. Uber controls about one third of all Chinese ride hailing bookings, according to Uber China strategy head Zhen Liu.

The rivalry between the two companies has also recently spilled beyond the country’s borders when Didi Chuxing announced last year that it would team with three other ride-hailing companies to take on Uber. Last month, Didi Chuxing customers were finally able to start using their mobile app to hail a ride through Lyft when traveling to the U.S., and similar partnerships are planned with local ride-hailing companies in India, through Ola, and Southeast Asia, through Grab.

Uber’s expanded partnership with Alipay could help Uber compete for Chinese frequent travelers because they would no longer need to link additional payment methods in Uber when traveling. Chinese visitors would also be able to book Uber rides through Alipay’s app without needing to download the ride-hailing company’s app.

Services like Alipay, an affiliate of Alibaba’s parent company, are hugely important in China and for vendors that wish to operate there because most Chinese consumers don’t have a credit card, Liu said. Because it’s so popular, Alipay also helps merchants immediately gain trust from Chinese consumers when they see they can pay through the service, Alipay’s U.S. chief told Fortune last summer.

The companies declined to share details about their financial arrangement, though Uber’s senior vice president of business, Emil Michael, pointed out that Alipay traditionally takes commissions from transactions it drives to other services as a hint.

Still, the battle isn’t won for Uber yet — Alipay’s app already sports Didi Chuxing’s service, which is also available through other massively popular apps like WeChat, Alitrip, and Tencent Map, according to a Didi Chuxing spokesman. Uber, on the other hand, has had a rough relationship with WeChat’s parent company and Didi Chuxing investor Tencent.

Last year, WeChat blocked Uber’s access to the app, leading Uber co-founder and CEO Travis Kalanick to later remark that “competition in China works different” after being asked about the situation during a Wall Street Journal conference. The move was an obvious blow to Uber, which has been heavily investing in its Chinese operation over the past year.

Uber and Alipay’s partnership also extends to Paytm, an Indian payments service that works closely with Alipay, the companies said. Now, Paytm’s users will be able to use the app to hail an Uber ride while getting around in India, as well as when they travel to China, the companies said.

Uber first let Chinese customers use Alipay in 2014 to pay for rides. In February, it expanded the deal to let Chinese use it instead of a credit card outside mainland China, starting in Hong Kong, Taiwan, and Macau. 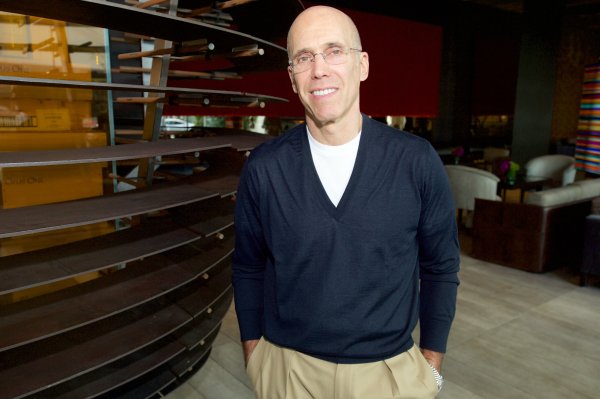 Comcast in Talks to Buy DreamWorks Animation
Next Up: Editor's Pick