Donald Trump Looks Ahead to a November Race Against Hillary Clinton

Donald Trump is out of what little patience he possesses. The New York billionaire clearly wants to start running against Hillary Clinton.

First, though, he has to dispatch GOP rival Ted Cruz, a Senator from Texas who is held in particularly low regard by Trump’s circle—so low, in fact, that Trump himself joked Monday night that he might not even want his endorsement. Trump might get his wish if polls in Indiana prove accurate when voters cast ballots on Tuesday.

“If we win in Indiana, it’s over with, folks,” Trump said with typical bravado at an election-eve rally in South Bend. “We then focus on Hillary. And that’s going to be fun.”

For his part, Cruz knows his clock is ticking, and Indiana’s results could be a knockout punch for his struggling campaign. Cruz has campaigned hard in Indiana, insisting that a Trump defeat here would deny the brash mogul the required 1,237 delegates needed to cinch the nomination and send it to a contested convention. Instead, Indiana could be the race that nudges Cruz toward the exits, which is exactly what Trump wants.

To his supporters who crowded into a riverfront convention center, Trump boasted that he had denied “Lyin’ Ted” his plan. He also essentially unloaded his entire opposition-research file on Cruz during the primary-eve rally for good measure. “Until 18 months ago, he was a citizen of Canada,” Trump said. He also mocked Cruz’s speech patterns “with his Shakespearean everything” and said Cruz committed financial fraud for forgetting to disclose a loan. Oh, and Cruz is a secret Chinese ally for not cracking down on Beijing’s currency manipulation.

Trump has already started to pivot to a head-to-head race with Clinton, whom he has branded “crooked Hillary.” He had lunch with conservative author Ed Klein, a longtime Clinton chronicler whose work has been widely criticized for making leaps of logic, using unclear sources and layering much guilt-by-innuendo. Audiences may soon start to hear Trump insinuate that Clinton is ill, about to be indicted or behind yet another bogus conservative conspiracy. Trump predicted he would render her unelectable. “I haven’t even started yet,” Trump said. “We’re going to beat her in a landslide.”

It was vintage Trump—an unscripted speech from a skilled showman, delivered as a stream-of-consciousness exercise that defies the norms of a presidential candidate. Which is exactly why Trump has found himself atop the GOP heap.

Aides suggest that efforts to put Trump on a tighter script are unlikely to have any lasting effect. Instead, the campaign officials are trying to smooth the behind-the-scenes machinery that powers campaigns. The public face of the campaign is The Donald, and there’s no amount of polish that can change his veneer. Earlier efforts to package Trump as a more traditional candidate have largely been abandoned as the mogul watched his crowds grow bored.

Cruz’s campaign is clearly feeling the pressure of Indiana and making missteps. Cruz confronted Trump supporters on Monday, and then engaged in a testy interview with NBC News that left him looking defensive on the eve of the primary. “We just had an event that had 300, 400 supporters of our campaign, and six of Donald Trump’s supporters came out. And to the shock of everybody, the media focused on the six Donald Trump supporters instead of the 300 Cruz supporters,” Cruz said, his voice dripping with sarcasm. He kept hammering the journalism. “Virtually all of the network execs are partisan liberal Democrats,” he continued.

None of that matters if polls are correct. Cruz stands to have a very bad Tuesday. An NBC News/Wall Street Journal released Sunday found Cruz chasing Trump in Indiana by 15 percentage points. (Cruz aides dispute those figures, but acknowledge their own polling shows the Texan trailing in Indiana, especially after a five-state rout in the Northeast on April 19.) Talk radio hosts through Indiana, however, insist there are polls that show Cruz ahead.

Trump was more than eager to pile on. “If we win, it’s over. And then I don’t have to worry about Lyin’ Ted Cruz,” Trump said during his evening rally near the Notre Dame campus. Trump couldn’t help tweaking him a little more. “I don’t care if he endorses me.”

It’s a safe bet that a Cruz endorsement would not be something Trump should phone about. 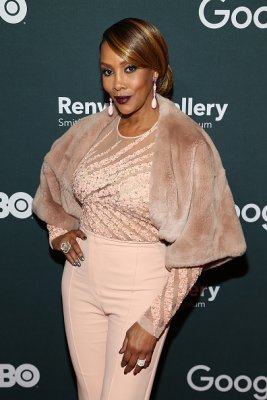 Celebrities Pan Trump Before Correspondents Dinner
Next Up: Editor's Pick