The Scathing Speech That Made Television History

Newton N. Minow, FCC chairman, testifies before a Senate subcommittee on May 23, 1961, weeks after delivering his 'vast wasteland' speech.
AP
By Lily Rothman

On May 9, 1961, Newton N. Minow stepped to the microphone in front of a meeting of the National Association of Broadcasters in Washington, D.C. Minow had recently been named chairman of the Federal Communications Commission, and this would be his first speech.

After telling those gathered that he had admiration and respect for the “honorable profession” of broadcasting, he cut to the theme of his remarks: how television could uphold the public interest. And it was clear he felt that goal was not yet being met:

The phrase with which he described television—a “vast wasteland”—would stick, cementing the speech in the annals of rhetoric. (The person who came up with the phrase was journalist John Bartlow Martin.)

The reason television needed to be better, Minow said, was bigger than entertainment. During the Cold War, the communications potential of television needed to be put to use for the cause of helping democracy defeat communism. In such a time, he said, “the old complacent, unbalanced fare of action-adventure and situation comedies is simply not good enough.”

Though Minow was adamant that his FCC had no intention to “muzzle or censor broadcasting,” he did note that the FCC had the power to refuse to reissue broadcasting licenses. The audience, TIME reported, “took the speech as a deliberate tactic to scare stations and networks into better programing, and as a hint that they should do something about it soon.”

The speech is acknowledged to have helped steer the development of what was still a young medium, though some might argue that television is even more violent and bloody than it was 55 years ago–Minow had never seen Game of Thrones, after all. While the mayhem would endure, educational and informative programming, like the network news, advanced in scope during Minow’s tenure. And, of course, the medium acquired a new moniker.

In 2011, Minow told AdvertisingAge that greater consumer choice was the most important improvement in television in the decades that had elapsed since his speech—that by getting “vaster,” television was necessarily less of a wasteland.

Read TIME’s full coverage of the speech, from 1961, here in the TIME Vault: “The People Own the Air” 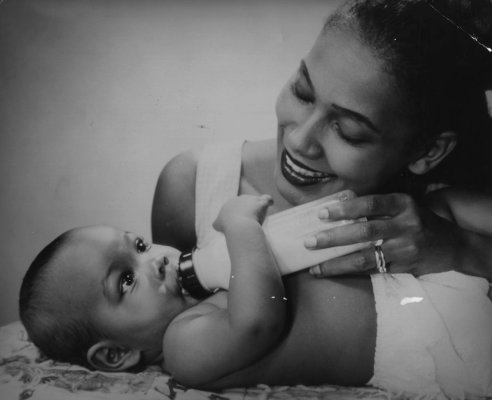 The Evolution of the American Mom in 7 Stories
Next Up: Editor's Pick