A 100-year-old female runner set a new world record in the 100-meter dash in Philadelphia on Saturday, according to the event’s organizer Penn Relays.

New Yorker Ida Keeling boasted a time of 1:17:33 in a race against others who were over 80 years old.

“I’m a nice example of what you can do with yourself,” she said, according to the Penn Relays website.

Keeling has also held the record for fastest time in the 60-meter dash for U.S. women ages 90-95.

Earlier this month, The New York Times profiled the 4-foot-6, 83-pound runner, who took up the sport to help her cope with the death of her two sons. Her daughter, a track and field coach, has helped her train in the Bronx, as shown in the clip below: 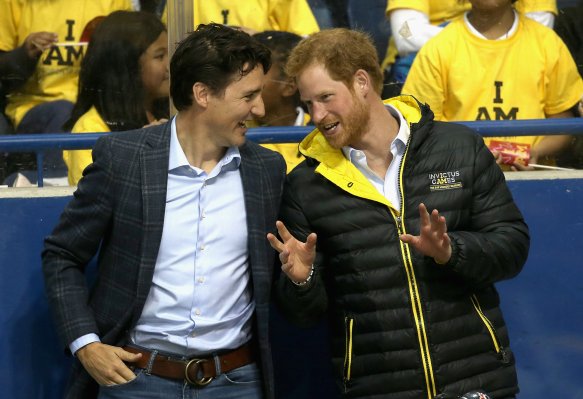 Prince Harry and Justin Trudeau's Meeting Is the Political Summit of Our Dreams
Next Up: Editor's Pick