Protesters head into the Legislative building for a sit-in against House Bill 2 in Raleigh, N.C., April 25, 2016.
Chuck Liddy—AP
By Katy Steinmetz

It’s become a common refrain in recent months: Allowing transgender people to use the restroom that aligns with their gender identity will end up letting male sexual predators into women’s bathrooms.

From North Carolina to South Dakota, supporters of controversial bills seeking to limit transgender people’s use of public restrooms have repeatedly made that argument. There is little hard evidence to back up this assertion, but LGBT advocates and other opponents of the bills have had to develop a number of counter-arguments to refute it.

Here’s a breakdown of their arguments.

Several states and major cities have supported transgender people’s bathroom access for years. There are more than a dozen states and several cities that have non-discrimination laws that protect gender identity in public accommodations, which is a legalistic way of saying transgender people can use whatever bathrooms they want in public. This is the kind of affirmation that started the whole controversy in North Carolina. Charlotte passed such protections earlier this year, state lawmakers said there would be terrible effects and passed a countermeasure, HB2, that eliminated Charlotte’s protections and banned other cities from passing anything similar.

Fears about male predators have not been borne out in those places. New York City has banned discrimination based on gender identity for more than a decade. California has affirmed the rights of K-12 students to use the bathrooms and locker rooms that align with their gender identity for years. Advocates say that while there are some past examples of heterosexual men dressing up like women to gain access to women’s spaces, there’s no record of that behavior increasing when there’s an LGBT non-discrimination law on the books. “We have so many places that do prohibit discrimination where this has never come up,” says the Equality Federation’s Rebecca Isaacs. “This is a red herring.”

Police and school officials say they haven’t seen it either. Media Matters, a liberal media watchdog, has asked state leaders, law enforcement and school officials in places with these protections whether they’ve seen any increase in sexual assault or rape after passing these laws, and they have repeatedly said that they have not. “We have not seen that,” a Des Moines police department spokesman told the outlet in 2014. “I doubt that’s gonna encourage the behavior. If the behavior’s there, [sexual predators are] gonna behave as they’re gonna behave no matter what the laws are.”

The nation’s leading organizations dedicated to stopping violence against women signed a letter saying that this argument is a myth. “These initiatives utilize and perpetuate the myth that protecting transgender people’s access to restrooms and locker rooms endangers the safety or privacy of others,” the letter states. “As rape crisis centers, shelters, and other service providers who work each and every day to meet the needs of all survivors and reduce sexual assault and domestic violence throughout society, we speak from experience and expertise when we state that these claims are false.”

LGBT rights advocates emphasize that the signatories are not only the experts on what endangers women but that groups like the National Center on Domestic and Sexual Violence would be first out of the gate to oppose any law that did seem to endanger women. “All those arguments, to me, crash and burn,” says the Equality Federation’s Isaacs, “because this is everybody working on male predators.”

Sexual assault remains a crime no matter why someone claims they entered a women’s space. The predator argument is based on an assumption that men who prey on women will be inspired to dress as women and enter women’s spaces because they could falsely claim to be transgender and therefore allowed to stay. But, advocates emphasize, if a female alleges she was sexually assaulted, the gender identity of the perpetrator has no bearing on the criminality of the act. “If you are a man who dresses as a woman and goes into a bathroom and commits a crime,” says the Human Rights Campaign attorney Cathryn Oakley, “whether you have a non-discrimination protection on the basis of gender identity or not, that behavior is illegal and criminal and you could be arrested and go to jail.”

If male predators were waiting for alleged loopholes like this to pop up, they could be using the women’s bathrooms already. The North Carolina law mandates that people must use bathrooms based on their “biological sex,” defined as the sex on their birth certificate. Transgender men, who are likely to have a birth certificate with an “F” on it, are often indistinguishable from cisgender men, notes the Center for American Progress’ Sarah McBride. So a male predator could skip the trouble of dressing up and go into the women’s room in North Carolina today, pretending to be a transgender man. “We know that’s not going to happen,” she says, but the notion that the lack of a law protecting transgender people is all that’s stopping male predators from acting “is preposterous.”

Some of the arguments about bathrooms are just a cloak for prejudice. McBride, who is a transgender woman, recently went down to North Carolina and took a selfie in the women’s restroom that went viral. She says among her many critics, about half believed she was really a man and opposed her presence in the women’s room, telling her to kill herself, as well as threatening to gang rape or murder her. “The other half were people that said ‘I’m sure you’re a good person, but you need to know this isn’t about you, this is about people who would pretend to be transgender,’” she says.

For many people in the former camp, advocates say, emphasizing concern for women’s safety is simply a cloak for a less politically palatable position—one some people have openly expressed. “I don’t want men who think they are women in my bathrooms and locker rooms,” a Marylander testified in a debate over this issue. “I don’t want to be part of their make-believe delusion. Males are always males. They cannot change. I’m here to stand up for women, children and their safety.”

Similar “predator” arguments have been used and debunked in the past. “We are not the first people who have been called predators for political gain,” says Mara Keisling, executive director of the National Center for Transgender Equality and a transgender woman. “Look most recently at Donald Trump saying Mexican immigrants were rapists. There’s a long, really horrifying history of demagogues and fundraisers saying, ‘Hey, those people over there, we have to hate them because we have to keep our women and children safe.’” Advocates have circulated old propaganda like videos saying “the homosexual” lurks in the bathroom waiting to prey on young boys. Arguments about bathrooms were used to justify segregation and helped doom the Equal Rights Amendment.

These arguments have been effective, advocates argue, because people tend to feel vulnerable in the bathroom, and women and children do have legitimate reason to fear assault in general. And they’re particularly effective against transgender people, they say, because for decades media portrayed transgender people as deceivers or deviants (think Silence of the Lambs or Ace Ventura: Pet Detective) and many people don’t have a personal relationship with someone who is transgender. A report from the Public Religion Research Institute found that while 65% of Americans say they have a close friend or family member who is gay, just 9% say the same thing about having a personal relationship with someone who is transgender.

Studies show transgender people are more likely to be victims. “What is really unacceptable,” says HRC’s Oakley, “is we’re pinning [these fears] on people who are, in fact, themselves incredibly vulnerable in bathrooms.” In a study from UCLA’s Williams Institute, nearly 70% of transgender people said they had experienced verbal harassment in a situation involving gender-segregated bathrooms, while nearly 10% reported physical assault. And, advocates argue, laws that force transgender people to use restrooms where they can look out of place makes them more likely targets.

While opponents have circulated photos that suggest transgender people are unmistakable, many transgender people can go about their day without anyone being aware of their gender status. “When you are aware that trans people exist but you don’t understand trans people … that does create this opportunity for fear-mongering to slip in,” says Oakley. “You’ve probably been using bathrooms next to trans people for a long time.” 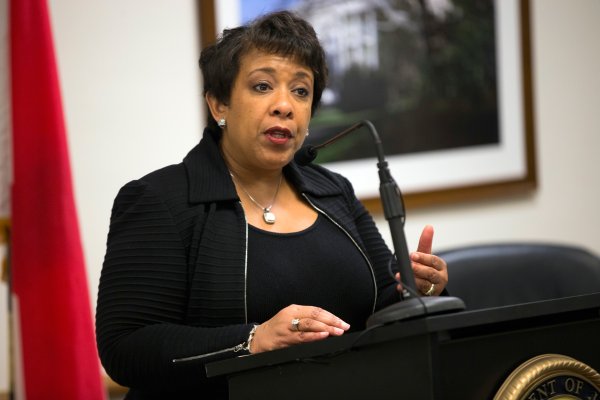