At the White House Correspondents’ Dinner on Saturday, President Obama offered a glimpse at how he’s preparing for his next chapter, as the commander-in-chief’s term ends and he tries to figure out what’s next after he and his family move out of 1600 Pennsylvania Avenue next January.

After an unsuccessful call to the Washington Wizards, an awkward encounter at the DMV and a Snapchat mishap, the President called a former colleague, the now-retired Speaker of the House John Boehner, for some advice.

It was, of course, a joke—the video accompanied the president’s speech at the Saturday dinner, during which Obama literally dropped a mic at the end of his remarks. The President cracked jokes about CNN, Donald Trump, Hillary Clinton, and, of course, his graying hair.

“You all look great,” Obama said. “The end of the Republic has never looked better.” 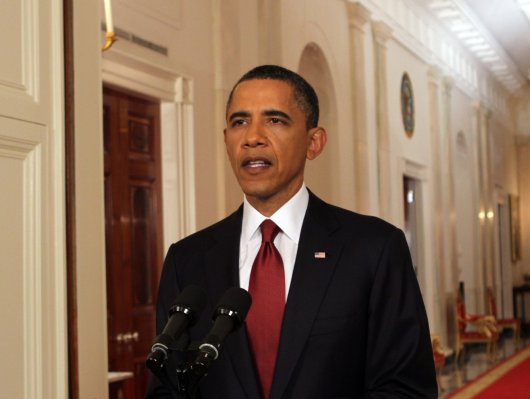