In the U.S., slightly more than half of boys are circumcised at birth, a much higher percentage than in other industrialized nations. Proponents of circumcision cite lessened risks of sexual disease transmission and penile cancer as well as easier hygiene as the benefits of the practice. But the number of anti-circumcision activists (or “intactivists,” as they’re known) is growing, and their reasons for leaving baby boys uncircumcised range from human rights to sexual pleasure to another hotly-debated topic: autism.

Autism diagnoses have increased exponentially in the last few decades, which has left researchers searching everywhere and anywhere for answers. One answer for the explosion of diagnoses is a simple matter of categorization; many children known to have autism spectrum disorder (ASD) today would have been diagnosed with “intellectual disability” years ago. Our awareness of autism has increased, and the number of diagnoses have followed. It’s quite possible that actual cases of autism haven’t actually increased by much, if at all.

The more concerning statistic is that boys are five times more likely to receive an autism diagnosis than girls. Why? Is there something inherent in the male brain that predisposes it to developmental disorders, or could it be something environmental?

Dr. Morten Frisch is a Danish epidemiologist who led a study examining the link between circumcision and ASD. The study, published in the Journal of the Royal Society of Medicine, found that boys who undergo circumcision are more likely to be diagnosed with autism by age 9. “Considering the widespread practice of non-therapeutic circumcision in infancy and childhood around the world,” the study states, “confirmatory studies should be given priority.”

And indeed, some studies do suggest that any pain early in life can have lasting effects on brain development.

Nevertheless the AAP released a statement in January recommending “…every health facility caring for newborns should use strategies to minimize the number of painful procedures performed.”

But Frisch’s study is not without its critics, one of the most vocal being Professor Emeritus Brian Morris of the University of Sydney. “The problem with Frisch’s fundamental premise is that circumcision causes pain in infants and boys… Sometimes observers believe that crying during a circumcision is because of pain when in fact it is more likely because of the baby having to be restrained.” Morris also points out that, in many circumcisions, the baby doesn’t even cry during the procedure, and may even fall asleep.

His argument is supported by statistics out of Australia, where circumcision rates have been dropping since the 1960s, but ASD diagnoses have been rising.

Frisch counters that the procedure always involves some pain. “Before the circumcision can even take place in a newborn boy, the foreskin has to be forcefully torn from the glans,” he says. “Circumcision is always associated with some level of pain and discomfort, starting at the time of injection of the anesthetic before the procedure (if at all provided), in some boys during the surgery (particularly those not receiving any anesthetic and those for whom the anesthetic doesn’t work), shortly after the surgery (when the anesthetic wears off) and for several days to weeks after during wound healing (when the open wound is constantly exposed to urine and feces in the diaper).”

“Current evidence doesn’t suggest there is a time after birth when a baby cannot experience pain,” says Professor Rebeccah Slater, Associate Professor of Paediatric Neuroimaging. Slater was the lead scientist in a recent study that examined the fMRI images of newborns experiencing pain.

Still, while the pain-autism connection is worth further exploration, there is no irrefutable proof that the removal of a boy’s foreskin increases the risk of autism. “Nobody knows what underlying neurophysiological mechanisms are responsible for the observed link between circumcision and ASD risk,” Frisch says.

And since the practice is encouraged among the faithful of at least two major religions, until it is proved to be harmful it is unlikely to disappear any time soon. 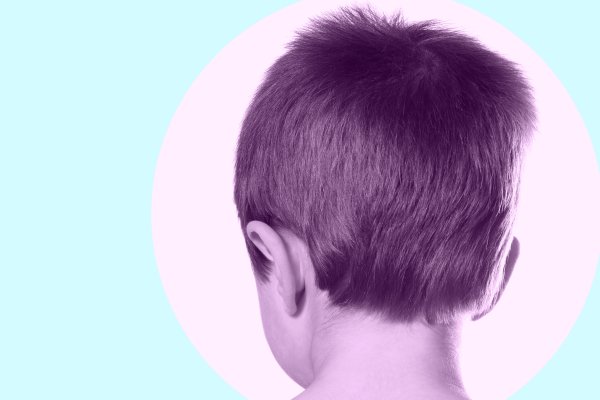 What Happens in Kids' Brains When They Hear Mom's Voice
Next Up: Editor's Pick