The Officer Who Opened the U.S. Navy for Asian-American Women

Being an Asian Americans during World War II was not easy. Many Japanese-American families were carted off to internment camps like Manzanar, and even for those who weren’t forcibly relocated, the United States was often a harsh, discriminatory place. Which makes the career of Susan Ahn Cuddy, a trailblazing Korean-American U.S. Navy officer, even more surprising.

Cuddy’s parents were pioneers themselves: They were the first married Korean couple to immigrate to the United States after the U.S. opened up the country to Korean immigration. Ahn Changho, Cuddy’s father, was an influential leader of the Korean immigrant community and an outspoken detractor of the colonization of Korea by imperial Japan, which had occupied its neighbor starting in 1910. His political views landed him in jail throughout his daughter’s childhood, and she grew up watching her parents organize and assist members of the Korean diaspora both in California and abroad.

If there was a theme to life in the Ahn household, it was Korean independence. During its occupation of Korea—which lasted until the end of World War II—Japan brutally punished dissenters, suppressed free speech, pressured Koreans to change their family names to Japanese ones and even forced Korean women to work as sex slaves (“comfort women”) for the Japanese military. The family didn’t just speak out against Japan’s repression of Koreans in its colony, but also supported it at every turn. Cuddy’s father paid the price for that outspokenness in 1937, when he was arrested, tortured and killed by Japanese police who captured him in Seoul.

This event galvanized Cuddy and her siblings, who vowed to help the United States beat Japan. At the time, mainstream culture in the U.S. lumped all people of Asian descent together. Cuddy experienced this firsthand when, moved by American patriotism and anti-Japanese sentiment to become a U.S. Navy officer during World War II, her application was rejected because she was “Oriental.”

Cuddy persisted, though, and was accepted when she reapplied. (Perhaps her groundbreaking stint as Los Angeles City College’s first Asian-American baseball player had something to do with it.) She became the first Asian-American woman to become a WAVE, working for the United States Naval Reserve as a link trainer and becoming the Navy’s first woman gunnery officer. It was a heady time for women eager to serve their country—the WAVE program allowed women to become enlisted officers for the duration of the war to free up men for combat positions. This meant women like Cuddy could achieve formerly unheard of success at a level of authority and responsibility they never enjoyed before the war. Throughout the rest of the war, Cuddy taught fighter pilots how to shoot down enemy aircraft. But not everyone felt that they should have to obey a woman Naval officer—and an Asian one at that. Cuddy recalled to her biographer that a white male pilot once disobeyed her orders. “Down here,” she told him, “you will shoot when I tell you to shoot.”

After the war, Cuddy continued to blaze trails. In 1947, she defied her mother and married a white man, defying anti-miscegenation laws in Virginia, where she lived at the time, and marrying on base instead. Cuddy became an intelligence officer breaking codes for the Navy and later joined the NSA, where she ran a think tank of 300 linguists and other experts gathering Russian intelligence. In 2012, her son recalled that her travels took her to the segregated South, where she would sit in the back of the bus with black people. Cuddy’s gesture was one of solidarity—as her son explained, her light skin color and her Korean features confused people she met in the South. By using “colored” bathrooms and complying with racial segregation laws, Cuddy was making a statement about her race and supporting those who did not have a choice.

MORE: A History Lesson for the Kentucky Clerk Refusing to Grant Marriage Licenses

After serving her country for decades, Cuddy retired and devoted herself to activism on behalf of the Korean-American community she so loved. Two bouts of breast cancer didn’t get her down, but old age eventually did—she died in 2015 at age 100. Today, she is remembered as a secret-keeper, a brave officer and a community icon, one of a generation of Asian-Americans who rushed to serve their country despite the racism they faced at every turn. 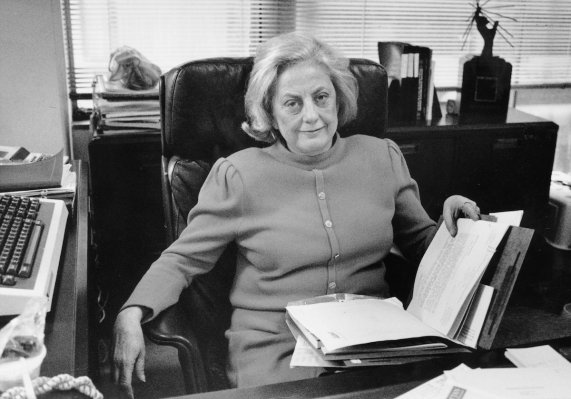 The Woman Who Kicked Down Wall Street's Doors
Next Up: Editor's Pick