Princess Charlotte Got the Most Amazing First Birthday Gifts

Prince William and Kate Middleton’s daughter Charlotte celebrated her first birthday Monday with a trove of gifts fit for, well, a princess.

Officials at Kensington Palace said Princess Charlotte received gifts and cards from people in 64 countries, according to the AP.

President Barack Obama was among her well-wishers, dropping off a jigsaw puzzle and stuffed animal that looks like Bo, the White House dog, during the President’s state visit to London last week.

Other gifts included a silver rattle from the president of Mexico, blankets and woolen goods from New Zealand, and silk figurines from China. 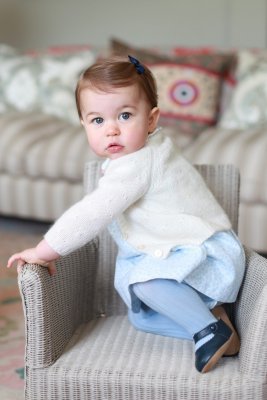