In 1985, cartoonist Alison Bechdel created a test in her comic strip Dykes to Watch Out For. One of the characters said that she would only watch a movie if the answer to the following three questions was “yes”: 1) Does it have two female characters? 2) Do they talk to one another? 3) Do they talk to one another about something other than a man? In recent years, the so-called Bechdel Test has become a litmus test for movies’ feminist cred—even if the bar it sets for female representation is almost comically low.

Though the Bechdel Test is frequently invoked these days, a lesser known test which it inspired is quietly gaining traction: The Vito Russo Test, which GLAAD created in 2013 to measure films’ success or lack thereof in LGBT representation—and which Hollywood, according to the organization’s 2016 Studio Responsibility Index—largely fails.

To pass the test, named for the LGBT activist and author of the 1981 book The Celluloid Closet, a movie must satisfy three requirements: 1) It has a character that is identifiably lesbian, gay, bisexual and/or transgender; 2) That character is not defined solely on the basis of their sexual orientation or gender identity; and 3) The character is critical to the plot (in other words, “The character must matter”).

In its new report, GLAAD analyzed 126 releases from the seven film studios with the highest theatrical grosses in 2015, as well as four smaller studio imprints which release lower-budget movies that might be described as “art house” fare. The analysis recorded the number of LGBT characters, their race/ethnicity and sexual orientation/gender identity, screen time and the presence of anti-LGBT humor.

As with recent studies about women and minorities in film, the results of GLAAD’s study do not offer much to celebrate. Though the number of LGBT characters in mainstream releases, at 47, was up from 28 counted last year, the study found that racial diversity among those characters had decreased by 7 percentage points. Nearly three quarters of LGBT characters had minor roles with less than 10 minutes of screen time and LGBT representation continues to skew heavily toward gay males (77 percent), with only one transgender character represented.

And just because LGBT characters are present, of course, does not mean they are presented in a positive light. The one transgender character counted in the study, who appeared in the comedy Hot Pursuit, “existed purely to give the audience something to laugh at when her identity is revealed.” And as for the Vito Russo Test, only 36 percent of films passed, down from more than half of the films studied the previous year and the lowest percentage since the study began four years ago. Though the report found comedies to be the most inclusive genre, it also singled out two films from that genre, Get Hard and The Wedding Ringer, for having what it called “more blatant and incessant gay panic humor than we have seen in a Hollywood film in years.”

The report is a sobering, if not surprising, reminder of how far Hollywood has to go when it comes to moving beyond caricature and portraying multifaceted LGBT characters onscreen. Given the amount of attention paid, in particular, to the increased representation of trans people in film and television in recent years, it’s a clear message that the distance traveled is far from far enough. Incremental progress, the report tells us, may be acknowledged and celebrated, but it is only that: incremental. 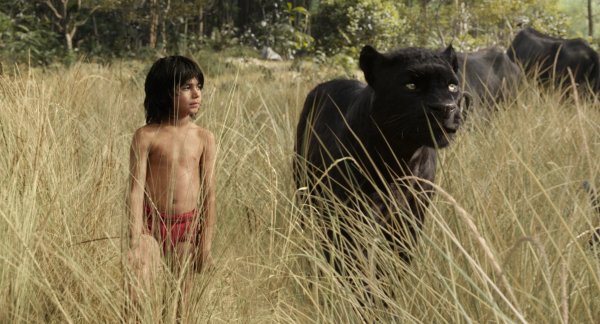 The Jungle Book Is Still Box Office King
Next Up: Editor's Pick