This Old Navy Ad Started a Firestorm on Twitter

Old Navy tweeted an ad Friday that featured an interracial family of three and got bombarded by racist tweets, which inspired a counter-protest of tweets praising the brand for its inclusiveness.

Many of the tweets defending the brand included the hashtag “#LoveWins,” which previously trended on Twitter after the U.S. Supreme Court ordered states to recognize same-sex marriage.

The woman in the ad, Grace Mahary, thanked supporters on Instagram: “In light of the controversy revolving around my pretend family… I am proud to be representing interracial love, multiculturalism, and most importantly, a mentality that supports opportunity for all ethnicities. Thanks @oldnavy 🙆🏾 #lovewins #hatefreezone.”

The original Old Navy tweet has racked up more than 4,300 retweets and 10,000 “likes” amid the controversy.

In 2013, a Cheerios commercial featuring an interracial couple and their biracial daughter sparked so many bigoted comments that General Mills had to disable comments on YouTube. 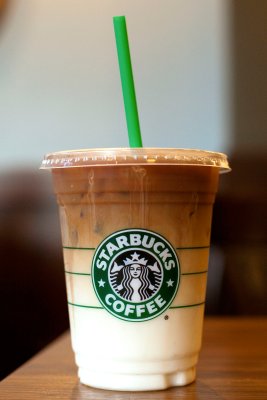 Starbucks Iced Coffee Has Too Much Ice, Lawsuit Says
Next Up: Editor's Pick