Heart disease is the leading killer of Americans, so predicting who is at highest risk of heart attack or stroke is a top priority. After decades of relying on a checklist of risk factors identified in the 1950s, which included factors like high cholesterol, high blood pressure, excessive weight gain and family history of heart trouble, heart experts decided to update the formula for calculating risk in 2013.

The new formula focused less on specific cholesterol targets and instead created an algorithm of the most significant risk factors, each weighted for how much they might contribute to heart issues. The problem, as many doctors quickly pointed out, was that the new formula seemed to loosen the criteria for putting people on medications, especially ones that lower cholesterol. Simply being older, for example, could push a person into higher risk territory that would warrant a statin prescription, even if this person ate a healthy diet, got plenty of exercise and wasn’t overweight or hypertensive. So this raised serious questions about whether everyone who qualified for treatment under the new guidelines actually needed it.

Dr. Alan Go, chief of cardiovascular and metabolic conditions research at Kaiser Permanente Northern California, and Dr. Jamal Rana, a cardiologist at Kaiser Permanente Oakland Medical Center, and their colleagues studied 307,591 men and women enrolled in Kaiser’s health plans. These middle-aged people represented various ethnic groups and did not have a history of diabetes, previous heart problems or use of cholesterol-lowering drugs.

Read More: Cholesterol Whiplash: What to Make of the New Heart-Risk Calculator

Because they had data from five years of follow-up with these people, Go and his team could compare how well the new risk calculator predicted their risk of blockages in vessels, or atherosclerosis, against the number of heart events these people actually had. The comparison showed that overall, the new risk calculator was overestimating people’s risk of developing heart problems over five years by about five to six times.

Since the AHA and ACC guidelines were released, many experts have questioned how accurate the calculator was for large populations. The data on which the model was built came from the 1990s, when treatments for heart disease and knowledge of risk factors were less advanced than they are today. That means that the estimates of deaths from heart disease were also different then. In addition, the people in those studies were selected from those participating in clinical trials and therefore might not have been representative of the general population. Most tended to be older and white.

By collecting data from Kaiser members, Go says their study provides a better picture of real world populations. The study involved people from different ethnic groups, including Hispanics, African-Americans and people of Asian descent, each of whom might have differing risk profiles that aren’t captured in the current AHA-ACC calculator.

What the data shows, says Rana, is that “perhaps we are over-treating people whose risk may actually be lower, and may not need to be treated with statins.”

Dr. Donald Lloyd-Jones, chair of preventive medicine at Northwestern University who contributed to the development of the AHA-ACC risk tool, acknowledges that it’s not perfect, but also finds fault with the Kaiser study. He points out that rather than being representative, the final patient population was relatively healthy; they could not have had a prescription for a statin or a heart event in the past five years. This group is similar to the older, healthy person who might be considered at high risk just because of his age. “They’re trying to answer, ‘Does the risk score work in the real world clinical population?'” he says. “I don’t think they’re left with the real world clinical population.”

Go argues that one size may not fit all when it comes to predicting who may be at highest risk of heart disease, and different algorithms may be needed for different groups of people. In the current study, for example, the existing AHA-ACC calculator was pretty accurate at predicting risk of heart events among people with diabetes, but less so among the group without the disease. Similarly, there may be other formulas, with different weighting for various risk factors like age, cholesterol level and blood pressure for different groups of people. “We applaud the AHA and ACC for pushing this work, but the calculator isn’t representative of the populations we take care of today,” says Go. “These populations are much more diverse, and different in terms of their risk factors for heart disease. We’re making the argument that the calculator needs to be recalibrated so doctors can use the equation with slightly different parameters to identify the group that’s really at high risk.”

Exactly what those adjustments are isn’t clear yet, but Go and Rana say the first step would be to start studying more contemporary populations, as they did, which are more representative of the people walking into doctors’ offices today. They’re already combing through Kaiser’s more extensive database to come up with a formula for recalibrating the risk factors to improve how they predict which people are more likely to have heart problems. “We’d like to present our data to AHA and ACC and other stakeholders and ask them to try to validate our formulas in their populations, and see what it shows,” says Go. “If our calculator performs better, then perhaps it’s better representative of the whole country.”

From there, even more adjustments could be made by studying the role that new technologies, such as imaging of the heart, could have in improving the prediction of who might be facing a heart event.

Lloyd-Jones agrees that the risk tool shouldn’t be the end-all for predicting heart disease risk. It’s meant to be one more piece of information that doctors and patients use in discussing their best strategy for avoiding heart disease, he says. Just as a doctor may not put a healthy older person on a statin just because of his age, there’s room for calibrating the tool even as it currently stands. That’s why this study and others that have found conflicting results when it comes to accurately predicting risk in various groups of people should and will be part of the AHA and ACC’s re-review of the calculator in a year or so. “The risk tool is just that—a tool, and it should start a conversation,” he says. “It was never held up to be something that was intended to be perfect, or the final word.”

While they agree to disagree on how useful the calculator is as it stands, the study authors and Lloyd-Jones do come to consensus on one thing. “It’s such an enormous burden to put millions of people on statins,” says Rana. “We think there is room for improvement in this.” 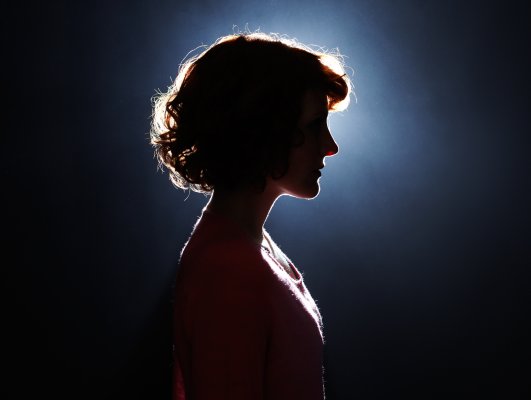 Being Lonely Means You're 29% More Likely to Have a Heart Attack
Next Up: Editor's Pick