Bitcoin's Creator Has Finally Unmasked Himself

The creator of the bitcoin virtual currency, who has long been known by the pseudonym “Satoshi Nakamoto,” has apparently come out of the shadows. His name is Craig Wright.

Wright, an Australian entrepreneur and prominent bitcoin backer, had previously been identified by Wired and Gizmodo, but their stories were met with some skepticism, as previous attempts at unmasking Nakamoto had not gone so well.

Now Wright has gone to the BBC, the Economist and GQwith proof that he says ties him to the identity of Nakamoto: He used the cryptographic key that was associated with the first bitcoin transaction.

“Some people will believe it, some people won’t, and to tell you the truth, I don’t really care,” Wright told the BBC, explaining that he was stepping into the light to stop people hounding him and people he cares about.

Jon Matonis, the founding director of the Bitcoin Foundation, is convinced that Wright is Satoshi Nakamoto, and has written a blog post in which he says previous interactions with Wright had left him with that suspicion:

Matonis sat in on a meeting in London where Wright demonstrated that he was Nakamoto.

“During the London proof sessions, I had the opportunity to review the relevant data along three distinct lines: cryptographic, social, and technical. Based on what I witnessed, it is my firm belief that Craig Steven Wright satisfies all three categories,” Matonis wrote.

Of course, not everyone’s sold on Wright’s claim just yet:

The Wired and Gizmodo stories in December were swiftly followed by a raid by the Australian tax authorities, though they claimed it had nothing to do with bitcoin. Wright now says he is cooperating with them on working out how much he needs to pay.

If Wright has the million bitcoins that Nakamoto is believed to have amassed, that means he’s sitting on around $457 million.

“Satoshi Nakamoto” released the bitcoin system in 2009. It allows people to make peer-to-peer transactions without the aid of an intermediary such as a bank, by using a public ledger called a blockchain.

While bitcoin itself is no longer the hot property it was a couple years back, when speculation ran rampant, the blockchain mechanism itself is still of great interest to banks and others, such as those building new online voting systems — although bitcoin is famous for allowing its users to stay anonymous, the blockchain mechanism is terrific for reliably tracking the transactions themselves. 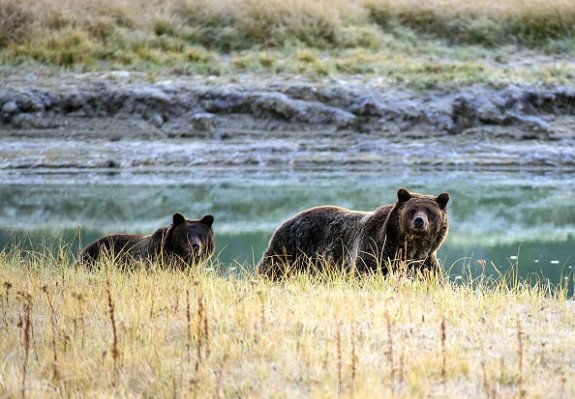 How We’re Loving Yellowstone Park to Death
Next Up: Editor's Pick