The Indonesian Sailors Kidnapped by Philippine Militants Are Back Home

Ten Indonesian sailors arrived in Jakarta late on Sunday night, hours after they were released from captivity by the Abu Sayyaf militant group in the southern Philippines.

Indonesian President Joko Widodo welcomed the men’s release. “Alhamdulilah [praise be to God], 10 Indonesian citizens who were held captive are free. They will return home. Thank you, the Philippine government and others who helped,” Jokowi, as the President is popularly known, tweeted on Sunday evening.

“We will work hard to release the remaining four Indonesian citizens,” Jokowi further tweeted. “We will intensify patrols so no kidnapping will happen again.”

The seamen were kidnapped in late March. Four more Indonesian sailors were abducted by Abu Sayyaf militants in mid-April — and they are still captive, along with other hostages from other countries.

Abu Sayyaf, whose leader has pledged allegiance to the Islamic State of Iraq and Greater Syria (ISIS), abducts journalists and tourists and demands ransoms in exchange of their release. Last Monday, a Canadian hostage was beheaded in southern Philippines after the deadline for ransom lapsed.

But Indonesian negotiator Kivlan Zen, a retired army general who was on a peacekeeping duty in southern Philippines in 1995–96, said the release was purely due to negotiations and didn’t involve paying any ransom — although the company did prepare the money. “Just in case if they changed their mind,” Kivlan said, according to news website Tempo.com.

Chief Security Minister Luhut Panjaitan refused to say anything about the ransom. “I don’t want to speculate,” he told journalists on Monday.

Jakarta will host a meeting of Foreign Ministers and military chiefs from Indonesia, Malaysia and the Philippines on Thursday to discuss maritime security and joint patrol in the waters where Abu Sayyaf has been wreaking havoc. 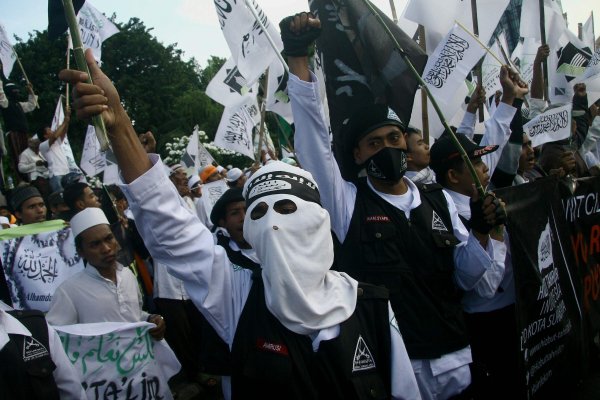