Malia Obama Is Taking a Gap Year. It's an Increasingly Popular Move

President Obama’s oldest daughter Malia will take a gap year before attending Harvard University, the White House announced Sunday. While the brief White House statement did not mention what the 17-year-old First Daughter would be doing during that time, Harvard happens to be one of many elite schools that encourages students to take a year off.

“Harvard College encourages admitted students to defer enrollment for one year to travel, pursue a special project or activity, work, or spend time in another meaningful way,” according to the website for the school’s admissions office. “Each year, between 80 and 110 students defer their matriculation to the College.”

Princeton University offers a tuition-free, nine-month “Bridge Year” in which students can elect to do a service project outside of the U.S. The University of North Carolina at Chapel Hill and Tufts University (in Medford, Mass.) have similar programs, while one run by the New School in New York City offers up to a year’s worth of academic credit to participants. But in the last five years, the idea has been gaining more traction in the U.S.—particularly among Americans admitted to selective colleges and universities. The American Gap Association said that enrollment in gap-year programs rose 27% between 2012 and 2013. Higher education policy experts say that’s because there are more structured options on the market, including programs like AmeriCorps’s City Year, which provides a living stipend to students at U.S. public schools.

Some small studies suggest that the time off may help prevent burnout, finding that students who take time off perform better academically than their peers who went straight to school. Gap-year students at Middlebury College “on average… have shown a clear pattern of having higher G.P.A.’s than would otherwise have been predicted, and the positive effect lasts over all four years,” former admissions dean Robert Clagett wrote in the New York Times. Yet other data may back up parents’ worst fear—that the gap year will make students less likely to graduate on time. As TIME previously reported, “a sociology professor at Johns Hopkins University, found that, all things being equal, those who delayed college by a year were 64% less likely to complete a bachelor’s degree than those who enrolled immediately after high school.”

Even Joe O’Sea, author of Gap Year: How Delaying College Changes People in Ways the World Needs and at one point the president of the American Gap Association, acknowledged in a 2015 op-ed for TIME that “we need more longitudinal studies on how to maximize student development and on the impact on communities where gap years are taken.” 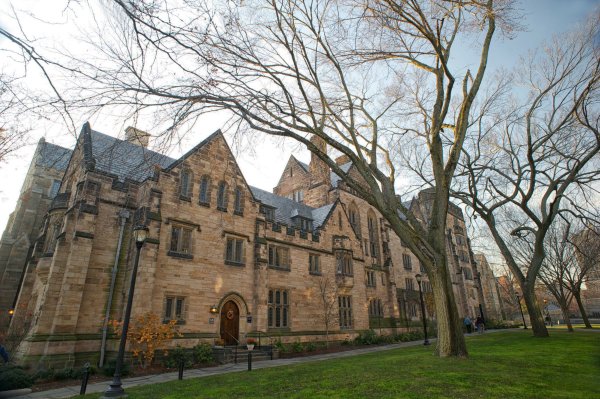 Yale Will Not Rename Calhoun College
Next Up: Editor's Pick