Attorney General Loretta Lynch speaks during an event to highlight policies that aim to reduce barriers for formerly incarcerated individuals in Mobile, Ala., on April 29, 2016.
Evan Vucci—AP
By Maya Rhodan

“I think it’s a symbol of the fact that a lot of people do find change difficult,” Lynch told TIME on Friday. “They find new ideas and change hard and they will often have a reaction to it that isn’t the one that we hope that they would have, that isn’t the choice of fairness and inclusion. It’s one based on misunderstanding.”

The law, which passed earlier this year and prohibits people from using bathrooms other than those that match their gender at birth, has sparked widespread protest. Cities have prohibited public employees from traveling to the state. The United Kingdom issued a travel warning to citizens because of it. The law, and others like it, has even become a hot topic on the 2016 campaign trail.

While visiting London, President Obama said laws targeting transgender people are “wrong” and “should be overturned.” Several of his departments, including Housing and Urban Development and Education, are working with the Department of Justice to consider whether federal funding should be pulled from the state in response. In the conversation with TIME, Lynch said the Justice Department is keeping a careful eye on the actions of the state. The North Carolina legislature returned for a work session last week, and several groups have sent letters to the governor urging its repeal. Gov. Pat McCrory, however, defended the bill on the Kelly File.

“We’re obviously looking to see what that bill will look like in the end, will that bill exist in the end so right now we’re monitoring that situation,” Lynch said. 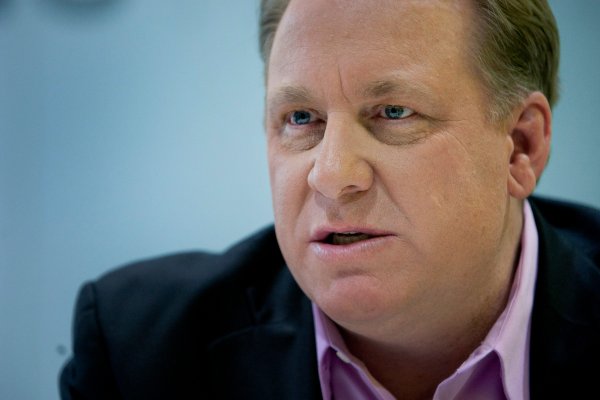 Curt Schilling on ESPN Firing: 'I'm Not Transphobic'
Next Up: Editor's Pick