Republican presidential front-runner Donald Trump is enjoying a large advantage in Indiana ahead of the state’s pivotal May 3 primary, according to a new poll.

The NBC News/Wall Street Journal survey shows the billionaire Trump leading Texas Sen. Ted Cruz by 15 points, 49% to 34%. Ohio Gov. John Kasich, who is also still in the race, brings up the rear with 13% of likely Republican primary voters.

Public polling has been sparse ahead of Tuesday’s primary, which has become something of a last stand for Cruz and other Republicans still determined to block Trump from winning the GOP presidential nomination. A victory by Trump in Indiana would make it increasingly likely that he’ll win the delegates needed to clinch the nomination before the Republican convention this summer, avoiding a contest convention. But a Cruz win would make a floor fight more likely.

On the Democratic side, where Hillary Clinton is close to clinching the nomination against Bernie Sanders, the race in Indiana is closer; Clinton leads Sanders by just 4 points in the state, according to the poll. 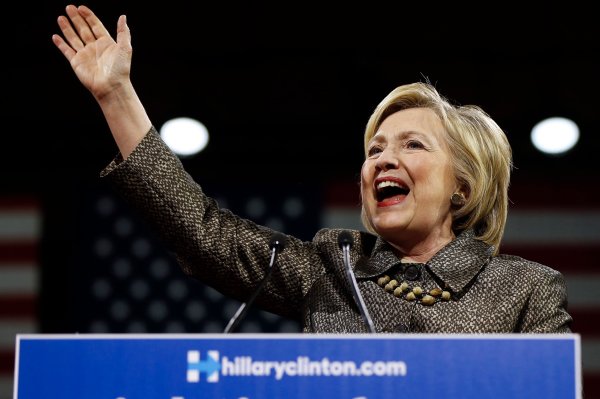 Hillary Clinton Says She Knows How to Deal With Men Like Donald Trump
Next Up: Editor's Pick