The Lasting Effects of the Post-Chernobyl Parade

A few days after the deadly explosion on the 4th unit in Chernobyl nuclear power plant, people rallied to celebrate the International Workers' Day in Kiev, Ukraine, on May 1, 1986. Nobody cancelled the May Day parade in Kiev when thousands of people walked in columns along the streets, with songs, flowers and Soviet leaders portraits, covered with invisible clouds of fatal radiation.
AP
Ideas
By Lev Golinkin

May 1, 1986, was a beautiful day for the International Workers’ Day parade in Kharkov, Ukraine. Parades were the hallmark of the Soviet Union, red banners and optimism were the hallmarks of Soviet parades, and this one had plenty of both. Kharkov’s streets were filled with flags and continuous announcements of our city meeting and/or exceeding agricultural and industrial production benchmarks set by the Communist Party. The only oddity was the reviewing stands, where the city authorities stood, were mostly empty.

“Sveta – get him indoors!” my grandmother shouted from our apartment balcony as soon as she saw my mom and I returning home. A relative had called to say that something was wrong in Chernobyl. “Something” turned out to be the April 26 nuclear accident at Reactor 4, which spewed a cloud of radiation stretching from Ukraine to Scandinavia.

For the first two days the Kremlin kept silent, until inquiries from the Swedish government made it impossible to deny that something went terribly awry in Ukraine. Even then, the announcement made on state television was a 20-second statement explaining there was an issue at Chernobyl and the authorities were handling it. Following typical Soviet protocol, the announcement was followed by a hastily-assembled broadcast about nuclear mishaps by our capitalist adversaries at Three Mile Island and elsewhere in America. The May 1 parade went on as scheduled.

At the time, neither my family nor the rest of Ukraine knew about the suicide teams of firefighters sent in to extinguish the fire at Reactor 4, the ones who died horrific deaths of radiation exposure, but prevented an explosion that would’ve made Hiroshima seem tame. We didn’t know about the furious evacuation of Pripyat, the city nearest to Chernobyl. We didn’t know about Moscow’s decision to use silver iodide to precipitate an artificial rainstorm which downed much of the radiation over Belarus, where people and livestock would suffer from disease for decades to come.

Even 30 years later, much about Chernobyl and its aftermath remains clouded in secrecy and conspiracy theories. But the one undeniable fact is that Moscow didn’t cancel the May 1 parade.

Mikhail Gorbachev himself admitted Chernobyl helped hasten the collapse of the Soviet Union. The cleanup alone cost billions, which further weakened an economy bankrupted by the arms race with America. Additionally, the failure of nuclear power, a critical branch of Soviet industry, dealt a painful blow to national pride in a country where factories and power plants were glorified as temples, and industrial progress was celebrated with stamps, songs, and murals.

But the pernicious effects of Chernobyl went even deeper because Moscow’s inept handling of the catastrophe cut to the heart of an ancient pact which held sway over Russia reaching back to the days of the tsars.

Western societies function according to a contract based on elections: if politicians harm the people, the people vote them out. Voting didn’t play a role in tsarist Russia, which had no elections, or the Soviet dictatorship, which held only sham ones. But authoritative as they were, the rulers of Russia were still bound by an agreement, albeit a vague and invisible one.

Put simply, the people were willing to suffer and sacrifice, to cede rights and rubles to the tsar. The tsar, in turn, sheltered his people from harm; most important, he grieved when his subjects suffered. Tsar Batyushka (Tsar the Father) was how the people called their ruler: Tsar the Father, whose divinely appointed duty was to feel his children’s pain on earth as Christ did in heaven.

A corollary to this was the notion that any problem, from a broken road to a wicked provincial governor, existed only because the tsar wasn’t aware of it; a common element in Russian folklore was that of a peasant going to petition the monarch. The tsar cares: once the tsar is alerted, justice will be done.

Nicolai II, the last tsar of Russia, broke that sacred contract early into his reign. On May 30, 1896, four days after his coronation, a human stampede during celebrations at Khodynka Field resulted in 1,300 people being trampled to death. Instead of immediately canceling festivities, Nicolai proceeded to attend a ball in his honor. The tsar would’ve been forgiven for poor planning and crowd control; his sin was going to the ball. Nicolai II became Nicolai the Bloody—the tsar who didn’t mourn. That decision would haunt him until he was ingloriously overthrown and executed by the Soviets.

Russia’s new Communist rulers inherited the contract. Through famines, wars and the gulags, the contract survived. Tsar the Father was replaced with Dedushka Lenin (Grandfather Lenin) whose images surrounded by children were ubiquitous in the Soviet Union, even in the late 1980s. It is no coincidence that Soviet leaders were painted walking, examining, and orating among the people. And just as the peasants of old streamed to petition the tsar, villagers in early Soviet times designated representatives who would travel to Lenin to inform him of problems.

Incidentally, the same tradition can be seen in today’s direct phone-in with Vladimir Putin, a much-publicized annual event during which the president spends four hours fielding calls from all over Russia. Western observers often scoff at the orchestrated, feel-good interactions such as when a woman asked Putin to tell her husband to let her get a puppy. The exchange may seem ludicrous (then again, so does the televised White House turkey pardon) but it’s also a modern reaffirmation of the centuries-old pact, a chance for the nation’s leader to empathize with the people.

Chernobyl destroyed that covenant. The Politburo’s decision to hold the May 1 parade rather than tell people to shelter indoors and honor the dead firefighters was an echo of 90 years before, when Nicolai the Bloody chose to dance at his coronation instead of mourning those trampled at Khodynka. To the Russian and Soviet psyche, it was a “let them eat cake” moment, a betrayal of public trust.

It’s a quirky thing to get hung up on for a nation that survived the untold destruction of World War II and the cruelty of the Communist dictatorship, but it stuck. A few years ago my family had dinner with a fellow ex-Soviet Jew from Kharkov. Our guest was calm when he spoke of being denied work due to anti-Semitism and the million other forms of persecution faced by Soviet Jews. Then someone mentioned Chernobyl and suddenly his face was transformed with rage. “Those bastards,” he spat, “they didn’t cancel the parade.” 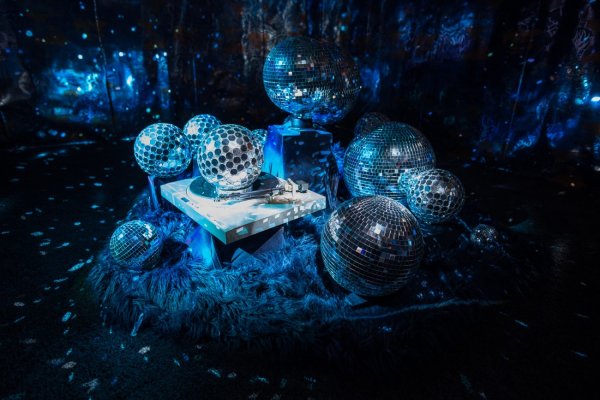 The Brain-Boosting Joy of Seeing Art Live With Other Humans for the First Time in Two Years
Next Up: Editor's Pick