Amy Schumer is a vocal proponent of gun control, and a new skit on her show Inside Amy Schumer gets political about the issue.

“Here’s what’s great about this,” Schumer says as a fake home shopping network host, brandishing a handgun. “Pretty much anyone can purchase this.” As different people call in, she highlights loopholes in gun sales, also saying guns “make great stocking stuffers.”

The number for the home shopping network on the screen is actually the real number for a message from Everytown for Gun Safety. At the end of the clip, Schumer posts the names of the congressmen and congresswomen who have received the most money from the gun lobby.

The comedian isn’t a stranger to Congress – in 2015 she partnered with her cousin, Sen. Chuck Schumer, on gun control legislation. 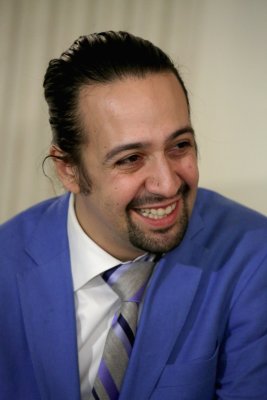 The Fun Home Kids Serenaded Lin-Manuel Miranda With This Hilarious Song
Next Up: Editor's Pick