In a new report released on Friday, the U.S. Centers for Disease Control and Prevention (CDC) reports that one person with Zika died between at some point between November 1, 2015 and April 14, 2016 in Puerto Rico after developing severe internal bleeding due to lack of platelets in the blood. “Although Zika virus–associated deaths are rare, the first identified death in Puerto Rico highlights the possibility of severe cases, as well as the need for continued outreach to raise health care providers’ awareness of complications that might lead to severe disease or death,” the report authors write.

Puerto Rico, a U.S. territory, is facing a widespread outbreak of Zika. The territory has the mosquito that spreads the virus, and has been hit with massive outbreaks of other mosquito-borne diseases like dengue fever and chikungunya. On Friday the Puerto Rico Health Department reported that it now has 707 confirmed cases of the virus, including close to 90 pregnant women with the virus. Health authorities have recently confirmed that the virus definitely causes microcephaly, though many questions remain, like when during pregnancy is an infection most risky.

“Residents of and travelers to Puerto Rico should continue to employ mosquito bite avoidance behaviors, take precautions to reduce the risk for sexual transmission, and seek medical care for any acute illness with rash or fever,” the report authors write. “Clinicians who suspect Zika virus disease in patients who reside in or have recently returned from areas with ongoing Zika virus transmission should report cases to public health officials.” 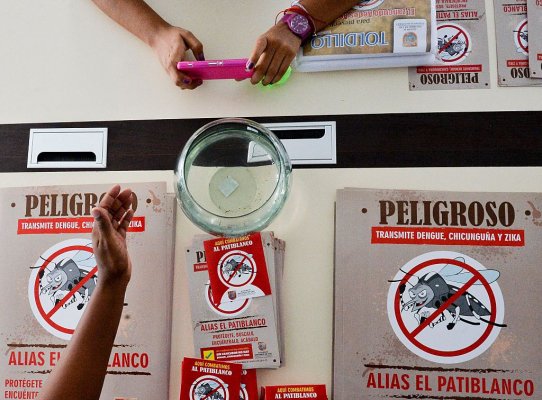 Hard-Hit Colombia Could Be the Key to Understanding the Zika Virus
Next Up: Editor's Pick