Review: You Wouldn't Wish Mother's Day on Your Worst Enemy

Hate your mom? Take her to see Mother’s Day, an ensemble comedy that’s being billed as sweet and heartwarming but which is actually an insidious form of torture. Some four—or is it 12?—interlocking tales of moms and their kids fetishize motherhood in the most egregious ways imaginable. Jennifer Aniston is a mom still reeling from her divorce from Timothy Olyphant, who has gone and remarried—the horror!—a much younger woman (Shay Mitchell). Kate Hudson is a mom married to Aasif Mandvi, only her racist mother (Margo Martindale) doesn’t know it, just as she doesn’t know that Hudson’s sister, Sarah Chalke, is married to a woman, because—get this!—Mom’s a homophobe as well. Jason Sudeikis is the father of two girls, and he used to be married to a mom, but she died. Now he’s single and lonely—which local divorced mom will he choose?

There are other moms in Mother’s Day: Britt Robertson is a new mom who isn’t sure she wants to commit to her child’s father, adorable English ex-pat Jack Whitehall. And Julia Roberts is a go-getter home-shopping-network star, her hair styled in a deeply unflattering red bob. She’s not a mom. (Possibly, the hair is a contributing factor.) But wait…in Mother’s Day, anybody can be a mom. In fact, the more moms, the better!

Terrible things happen in Mother’s Day, not to the moms but to the audience. Horrific, unspeakable things. Aniston gratefully accepts life advice from a clown. Robertson explains succinctly to her friend Hudson why she doesn’t want to get married: “I have abandonment issues.” Sudeikis is dispatched to the store to buy tampons for his teenage daughter, and to his horror, the cashier yells out for a price check. Not only that, but Aniston, who has just noticed him and obviously thinks he’s cute, makes small talk by asking outright if he’s buying the tampons for his daughter. Single moms, don’t try this at home.

This is the weird world of director Garry Marshall, who has made some fine movies in his long and storied career (Pretty Woman, Runaway Bride) and who has recently turned his hand to concocting elaborate ensemble comedies keyed to major holidays, like New Year’s Eve (2011) and Valentine’s Day (2010). Mother’s Day, which was written by Tom Hines, Lily Hollander, Anya Kochoff and Matthew Walker, may be the worst of them. If you’ve been to the movies or watched TV in the past five years, or even the past 20, there’s bound to be a performer in Mother’s Day that you have a soft spot for. But no one—not Roberts, with her dazzling white choppers, nor Aniston, with her adorable button nose—is doing her best work here, and some, like the wonderful character actress Martindale, are saddled with truly terrible roles. Sanctimonious and forced, Mother’s Day is the kind of movie you wouldn’t wish on your worst enemy. Even if she happens to be your mom.

Correction: The original version of this story misstated the title of one of Garry Marshall’s films. It was Runaway Bride. 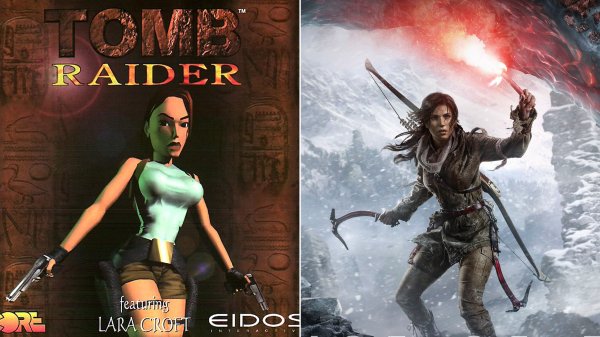 How the New Lara Croft Film Can Sidestep Her Sexist Baggage
Next Up: Editor's Pick