Colombia has had the second-most cases of the mosquito-borne Zika virus after Brazil, and earlier this week health officials from the South American country announced that two more babies had been born with the birth defect microcephaly after their mothers had been infected by the virus. But there was good news—the rate of Zika infection in the country seems to finally be on the decline. “We are absolutely certain that Zika is on the decrease in Colombia,” said Colombian Vice-minister of Health Fernando Ruiz.

Nearly 72,000 people in Colombia have been infected with Zika, which has been linked to serious neurological birth defects and Guillain-Barré syndrome, a nervous system disorder. About 17 percent of those cases have been pregnant women. A total of four cases of microcephaly have been definitively connected with Zika and another 22 suspected cases are currently being studied. Additionally, 304 cases of Guillain-Barré have been confirmed as associated with the virus.

Read More: How the United States Is Bracing for Zika

The U.S. Centers for Disease Control and Prevention (CDC) has provided Colombian health officials with testing supplies including the Trioplex PCR assay, which is used to test simultaneously for Zika, dengue and chikungunya—all mosquito-borne diseases. These assays analyze a sample of cerebrospinal fluid, gathered by a painful lumbar puncture, to identify the presence of RNA from the three different viruses. The Ministry of Health and the National Institute of Health are collaborating with the CDC to enhance medical surveillance of pregnant women exposed to Zika virus and their infants. The project has been dubbed VEZ, which is the Spanish acronym for the Surveillance of Pregnant Women with Zika, and has already been implemented in the hard-hit coastal city of Barranquilla. with the hopes of launching it in two other Colombian cities in the coming weeks. Health workers will collect medical histories from women in the study, take tissue samples of both the mother and baby at birth, and follow the infant for at least the first full year of life.

Read More: What Every Woman Needs to Know About Zika

That study will help scientists answer some of the biggest questions surrounding Zika: how often does Zika infection in pregnancy lead to microcephaly? What other disorders might be connected to the virus? Thanks to some of the work already put in place, it should be a matter of months before there will be actionable information produced from the study, rather than years. That’s important for the U.S., where the summer mosquito season is just around the corner. “The CDC is committed to sharing what we know, when we know it, as soon as it is appropriate,” said Peggy Hoenin, the co-lead for the CDC’s pregnancy and birth defects team of the CDC. “There is a lot that we do not know about Zika infection during pregnancy.”

Scientists from the CDC in Atlanta have been visiting Colombia for one-week stints to help provide training on how to use the PCR tests as well as other methods and techniques for tackling the Zika outbreak since earlier this year. Brigid Bollwey is a biologist who normally works in the CDC’s headquarters in Atlanta. A couple of weeks ago she found out that she would be coming to Bogotá, Colombia to share her knowledge with local pathologists. Standing in a whitewashed room at the National Institute of Health, she demonstrates the pipetting technique used to prepare samples for PCR testing. The time necessary to complete each test varies widely based on the condition in which the samples are received–anywhere from 24 hours to a week per test.

“The infrastructure is definitely different,” says Bollwey. Though the lab benches are home to modern looking centrifuges and other technical equipment, the room itself seems antiquated and stuck in the late 1970s. That can make a difference—the rate of testing is significantly slower in Colombia. “Here we do tens of tests per day, as opposed to hundreds of tests per year [in Atlanta],” she says.

Honein wants to pinpoint exactly when pregnant women are most vulnerable to the Zika virus so that they could focus more intently on protecting the women from mosquitos during that time. She also wants to know what overall percentage of pregnant women exposed to Zika have babies with adverse outcomes. She thinks both of these pieces of information are critical for women to know, especially when considering whether or not to terminate a pregnancy.

“Never before in humans have we seen a virus spread by mosquito cause a birth defect,” says Honein. “Our collaborative work will provide critical scientific information to help the U.S., Colombia and many other countries better prepare to tackle the unprecedented challenges posed by Zika virus infection.” 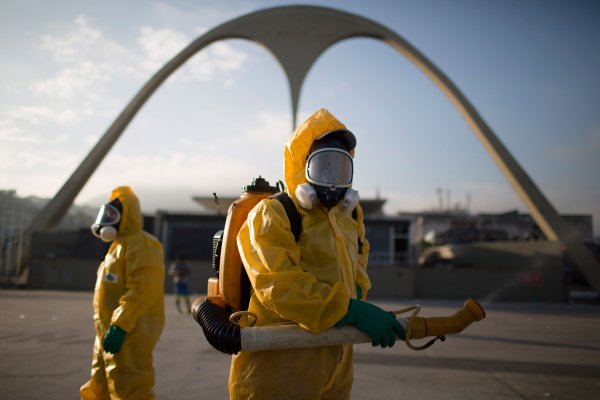 Zika Has Spread to 43 Countries
Next Up: Editor's Pick