The world of my youth—divided by blocs and borders, and where the destiny of small countries was fixed in the firmament of superpower rivalry—has given way to a profound interconnectedness. In this networked world, even a small country like Panama can be a force for good throughout the hemisphere and beyond.

I saw democracy in my country disappear to be replaced by dictatorship. In those years, the Jesuits taught me that social justice and freedom were possible. So when democracy returned to Panama, I chose to serve and fight for it. The tide of democratization and liberalization continues to this day.

Indeed, Panama has seen an astounding transformation over the past 25 years, from Manuel Noriega’s “narco-kleptocracy” to a peaceful and orderly democracy with strong institutions and a balance of power between the different branches of government. Our freedom has also brought about greater transparency and accountability. That I was elected on an anti-corruption platform is a sign of the strength of our commitment to these ideals.

But for all of its promise, our open world is a double-edged sword. Swift advances in transportation and communications mean that risks and threats move as fast and unencumbered as opportunities. Global challenges such as drugs, terrorism, money-laundering and the like are in no small measure the products of openness. In Panama’s case, our open, dollar-based, service-based economy (more than 75% of our gross domestic product comes from the service sector) makes us very attractive to foreign direct investment. But it also means vulnerability to criminal activity. That’s why our laws, regulations and treaties must race to keep pace with change.

Just this February, Panama was taken off the Financial Action Task Force’s “gray list,” recognizing our significant progress in improving our anti-money laundering and countering the financing of terrorism measures. The task force also noted that Panama has established legal and regulatory frameworks to accomplish commitments in its action plan regarding the strategic deficiencies that it had identified when gray-listed.

The ill-named “Panama Papers” affair also demonstrates that we need to expand our already robust efforts to promote greater legal and financial transparency, particularly among the rich and powerful living abroad. In the 21 months of my administration, we had already improved our international reporting standards and introduced “know your client” regulations for law firms that register corporations. Since the revelations, we named an independent commission to explore our laws and regulations and our independent judiciary launched an investigation of its own into the law firm at the heart of the leak.

Reform efforts have cut domestic drug-related violence. Panama’s 2015 homicide rate was 493, which is 138 less than the year prior. Homicides in the city of Colon—previously a drug hub in the country—have decreased by more than 50% due to the success of drug interdiction efforts, and in combination with the Safe Neighborhoods Program through training and generation of employment opportunities for youth at risk.

In order to cope with organized crime and prevent groups on the fringes of the law from using the coasts and the national territory for the transit of drugs and illicit cash flows, we launched Operation Patria. A joint task force consisting of special national police units, the National Aeronaval Service, the National Border Service and the Institutional Protection Service led the security initiative, which took months of planning and included a blockade on our Pacific and Atlantic coasts.

Indeed, openness means that we are all connected. Fighting drugs, organized crime and money laundering here at home promote stability and prosperity abroad, and that is why cooperation is the key to the future. By virtue of the Panama Canal—which is undergoing a monumental expansion to be completed next month—Panama’s traditional diplomatic role has been to bring people, products and ideas together for the betterment of the world.

To that end, Panama is fully committed to bilateral automatic information exchange as part of our efforts to promote greater financial and legal transparency. I am also exploring multilateral options. I am working closely with the White House’s Drug Interdiction Committee as part of a broad effort developed by both governments to strengthen cooperation in the fight against drugs. I also forged an agreement with Barbados in 2015 to craft a bilateral security strategy for the Caribbean against international organized crime groups, money laundering, and trafficking in humans.

A free country is best positioned to seize the opportunities and fight the challenges brought about by an open world. Freedom was hard-earned in Panama, and we are determined not to squander our gift. We are improving and strengthening ourselves at home, and with these measures helping our many friends and allies around the world secure the fruits of peace and prosperity. 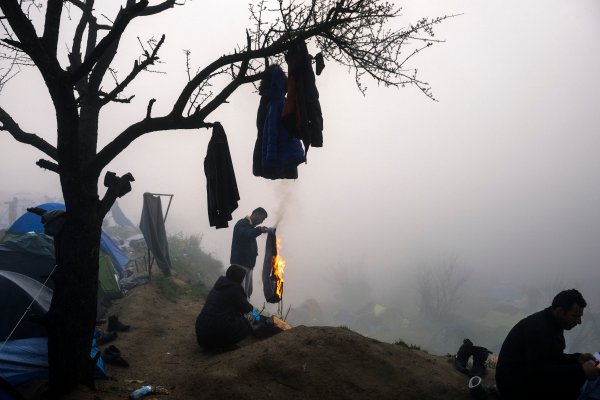 Refugees Are Running Out of Time
Next Up: Editor's Pick