A polar bear scans the area from the top of a large piece of glacial ice in Svalbard, Norway
Rebecca Jackrel—Barcroft Media/Getty Images
By Bryan Walsh

There have been thousands and thousands and thousands of studies published on climate change since 2007, when the U.N.’s Intergovernmental Panel on Climate Change (IPCC) published its fourth major assessment on global warming. It has taken hundreds and hundreds of scientists to comb through all that research. But the broad, basic message of all those studies is clear enough: climate change is real, it is happening, and unless we’re very lucky, we’re not doing anywhere near enough to adapt to it.

That’s the underlying message of chapter two in the IPCC’s fifth assessment of climate-change science, which was released on Monday morning in the Japanese city of Yokohama. Focusing on the impacts of climate change — ranging from the effects on endangered species to changes in agriculture — the new report demonstrates just how wide-ranging the effects of a warming world will be. “We have assessed impacts as they are happening in natural and human systems on all continents and oceans,” said Rajendra Pachauri, the chair of the IPCC, which was jointly established by the U.N. and the World Meteorological Organization. “No one on this planet will be untouched by climate change.”

So the report predicts with high confidence that the negative impacts of warming on crop yields will outweigh any potential positive impacts; that violent conflict will exacerbate the effects of global warming; that glaciers will continue to shrink as the climate warms, which has major impacts for downstream water supplies; that species on land and in the sea are shifting their range in response to warming and that some will face an increased risk of extinction; that health impacts will be felt from heat waves and from floods in low-lying areas; that the seas will continue to acidify, destroying coral reefs.

But it matters — greatly — exactly what those effects will be. And in this way, at least, the newest IPCC report is marked by a sense of humility, as the world’s scientists come to grips with just how difficult it is to predict precisely how the planet will respond to rising carbon emissions and rising temperatures. Unlike the 2007 IPCC report — which was marred by a handful of errors, including one predicting that Himalayan glaciers would melt by 2035, centuries earlier than any such change is likely to unfold — this year the IPCC is much more conservative about what can and cannot be known about a changing climate.

That means language that might seem less precise. Gone are confident predictions that climate change will definitely make hurricanes in the Atlantic stronger and more intense, as are projections that warming will place 250 million Africans at greater risk from water insecurity. Instead, the IPCC admits that warming will increase water stress and impact crop productivity, noting that “the fraction of the global population experiencing water scarcity and the fraction affected by major river floods increase with the level of warming in the 21st century.”

The report notes there are major uncertainties about the vulnerability of the world to climate change and how both natural and human systems will respond to warming, in part because those systems are so complex. In particular the report admits that the economic effects from climate change are “difficult to estimate,” ranging from 0.2% to 2% of global income.

Does this mean we don’t have anything to worry about from global warming? Not in the least. The IPCC isn’t telling us that the danger posed by global warming has fallen in the seven years since its last assessment report. Rather, the scientific body is more realistically putting climate change in the context of the countless other risks humanity faces — which is important, because climate risks and social risks can interact and amplify each other. Take conflict: the IPCC report notes that a warming world may make violent conflict more likely, but it also makes the case that countries already struggling with conflict will be less able to respond to climate change. Global warming is likely to make poor parts of the world even poorer, but existing poverty will worsen other impacts of climate change. “Climate-related hazards constitute an additional burden to people living in poverty, acting as a threat multiplier,” the report’s authors write.

A planet with 7 billion people and change is already a place that’s on the edge — and unchecked warming could help push us over. 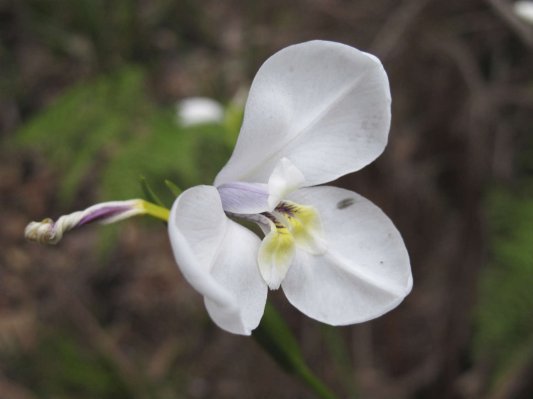 The End of Spring in a Warming World
Next Up: Editor's Pick