Newt Gingrich Is the Secret Master of Facebook Live

At 4:04 p.m. Newt Gingrich tweeted that he was going on Facebook Live in the most recent of what seems to be a running series of Facebook Live updates. By the time he finished talking at 4:25 p.m., the video was streaming to more than 1,000 viewers.

In his close-up, the former House Speaker and presidential candidate touched upon a range of topics including his memories of THOMAS (a legislative website that he helped create and that the Library of Congress is retiring this summer), his thoughts on CSPAN, the topic of his next newsletter, Donald Trump’s foreign policy speech (which will be included as a link in his next newsletter) and Woodrow Wilson’s legacy.

It was a laudable example of a politician taking advantage of new technology to connect with his fans. It was also a rambling, glorious example of how not to take a selfie video. (NB: Not with the bottom half of your face missing.*)

After his monologue, he took questions, and compliments.

“You are the reason I know how to use email. You used it on CSPAN,” he read from one commenter.

“It is amazing how modern technology works,” Gingrich replied.

* To be fair, Gingrich ended the stream with a promise to do a better job of holding the camera next time. 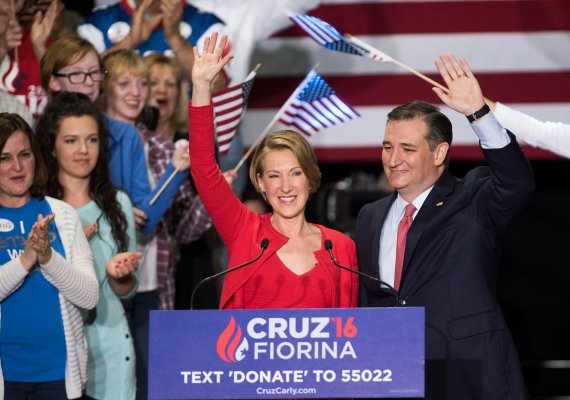 Cruz Picked Carly Fiorina for One Reason: To Troll Trump
Next Up: Editor's Pick