Harvard University’s graduation ceremonies could be affected by a mumps outbreak, according to a report by the school’s student newspaper.

An outbreak of mumps that began in March has risen to some 41 cases as of Thursday, according to the Harvard Crimson, and health officials at the school are concerned that it could impact the school’s May 26th graduation.

Health officials at Harvard have been working in conjunction with local and state health departments to keep the community informed, but Paul J. Barreira, director of Harvard’s Health Services, told the Crimson that he is alarmed at the high number of confirmed cases at the Cambridge, Massachusetts school.

“I’m actually more concerned now than I was during any time of the outbreak,” Barreira told the Crimson. “I’m desperate to get students to take it seriously that they shouldn’t be infecting one another.”

Mumps is a contagious disease caused by a virus, NBC News explains, and it exhibits mild flu-like symptoms in some but can cause more serious complications in others.

Harvard is not the only school in the area reporting cases of the mumps, as Boston University, the University of Massachusetts and Tufts University have all reported cases. 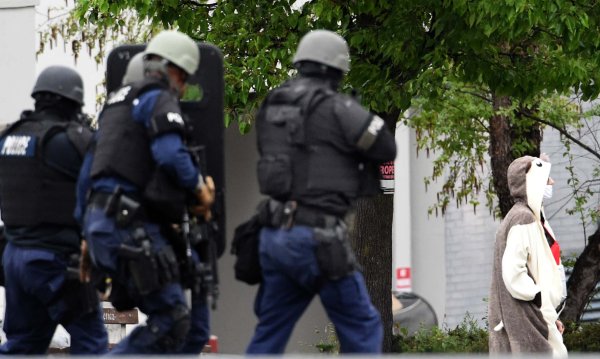 Man Who Threatened to 'Blow Up' TV Station Shot by Police
Next Up: Editor's Pick