Georgians Clash on Campus Carry Bill Ahead of Governor’s Decision

The Georgia Arch at the University of Georgia in Athens.
John Greim—LightRocket/Getty Images
By Katie Reilly

As the deadline approaches for Georgia Gov. Nathan Deal, a Republican, to decide whether to sign or veto the state’s controversial campus carry bill, the measure’s supporters and opponents are speaking out about its potential impact.

Deal, who has until Tuesday, May 3, to act on the bill, has said he’s facing a tough choice, the Atlanta Journal-Constitution reported. “There’s no easy option,” Deal said.

Students and professors at the University of Georgia protested on Wednesday, asking Deal to veto the bill. Opponents fear it will have a negative impact on the safety and academic climate at the state’s universities. Those who oppose the bill have received support in recent weeks from actor Tituss Burgess and R.E.M. lead singer Michael Stipe, both alumni of the University of Georgia.

“Like many other Georgians, I am worried about how guns on campus would affect college life,” Stipe wrote in a column for USA Today on Monday. “I worry about what it means when loaded guns are allowed at a tailgate where alcohol is being served. I’m concerned for survivors of sexual assault, who may soon have to face an armed assailant at the time of the crime and again at their disciplinary hearing.”

The NRA and other supporters of the bill have countered that students should be able to carry firearms for protection and argued that the law would lift restrictions on Second Amendment rights.

Similar debates over the potential benefits and dangers have played out in the eight states that already allow concealed weapons on public campuses. 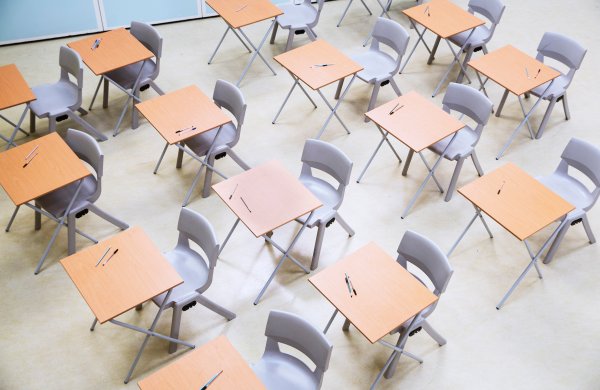 Georgia Mom 'Couldn't Do Anything' to Stop Principal From Paddling Son
Next Up: Editor's Pick