How Clinton and Trump Should Choose Their Vice Presidents

Now that Ted Cruz has chosen Carly Fiorina as his running mate, next up in the veepstakes are frontrunners Hillary Clinton and Donald Trump. Who will they select? That may depend on which advantages they expect a running mate to deliver.

For the Clinton campaign, Ohio Senator Sherrod Brown could unite a divided Democratic Party after a contentious primary campaign. Brown appeals to the populist wing of the Democratic Party and may persuade Bernie Sanders supporters to fall in line behind a Clinton/Brown ticket. Although our research indicates that Brown is unlikely to provide an electoral advantage in Ohio, the temptation of selecting a running mate from a crucial battleground state may be too much for Clinton to pass up. Another candidate that could help foster party unity is Senator Elizabeth Warren of Massachusetts. Clinton’s advisers stated that she is considering the possibility of a woman joining the ticket, and Warren is a heroic figure among progressive Democrats and many Sanders supporters.

One of Clinton’s strategic objectives also may be to make a historic running-mate selection—perhaps the first Latino vice presidential candidate nominated by a major political party. Housing and Urban Development Secretary Julián Castro and Labor Secretary Tom Perez are potential contenders. Selecting a Latino running mate would further cement the historic legacy of a Clinton presidency, and it would be an overture to this important demographic group within the Democratic Party. However, in a recent analysis of survey data from the American National Elections Studies, we find that running mates from underrepresented demographic groups typically do not improve their ticket’s performance among voters who belong to the same group. If past is prologue, don’t expect Castro or Perez to deliver a significant number of Latino votes by virtue of their presence on the ticket.

For the Trump campaign, party unity may be the highest priority when it comes to vice presidential selection. The Republican Party is deeply divided on his candidacy, as evidenced by the NeverTrump movement, whose greatest success came in April’s Wisconsin primary. Picking the state’s governor, former presidential candidate and Cruz supporter Scott Walker, would present a high-profile symbol of party unity behind which Trump’s most vigorous opponents might rally (or at least say #MaybeTrump). For that matter, Trump already has floated Walker as a potential running mate.

Trump might also consider selecting a running mate with political experience who can steer his policies, if elected, toward legislative passage and Republican orthodoxy. Even The Donald concedes the value of such a partner. Recently, he explained: “I’d want someone who could help me with governing … somebody that can help you with legislation, getting it through.”

Two potential running mates—Congresswoman (or, as she prefers, “Congressman”) Marsha Blackburn of Tennessee and Oklahoma Governor Mary Fallin—not only meet this standard but also have strong conservative credentials. Blackburn, a 13-year veteran of the U.S. House who chairs its panel investigating Planned Parenthood, stated that she would be open to running on Trump’s ticket. Fallin also has a long political career, serving as a state legislator, lieutenant governor, member of Congress and now governor of Oklahoma. Trump was receptive to selecting Fallin as a potential running mate, and, like Trump, she has taken an aggressive stance on combating illegal immigration.

Of course, the greatest advantage that a vice presidential candidate can offer all too often goes overlooked—it is her ability to serve effectively in office if elected. Vice presidents have become increasingly significant in recent presidential administrations. Meanwhile, as our research suggests, their electoral significance is questionable. As the Trump and Clinton campaigns vet potential running mates, we recommend focusing on the advantages that these partners will actually deliver in the White House, more so than in the voting booth. 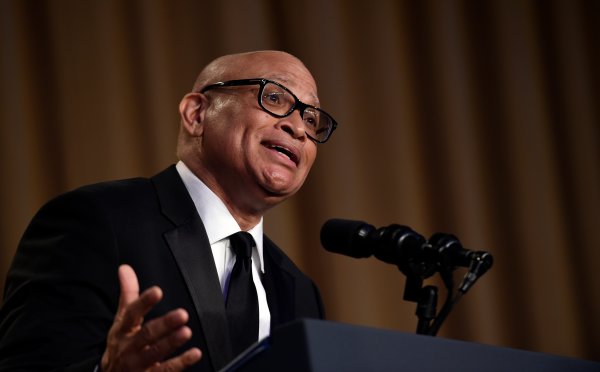 Larry Wilmore Dropped the N-Word at the White House Correspondents' Dinner
Next Up: Editor's Pick