How Your Smartphone is Ruining Your Relationship

Nothing kills romance faster than pulling out a smartphone, and now, research confirms it. Being attached to your phone seems to sabotage your attachment with your loved one.

Plenty of research has been done on how cell phones affect relationships. Some suggests that they’re a positive influence—that being in easy, intimate touch with a partner through calling and texting makes people happier and more secure in their relationships. Other research reveals the dark side of cell phones. Real-life interactions are dulled when a person feels the urge to check their phone, and the distraction a phone affords one partner doesn’t make the other person feel good.

But smartphones are far more invasive and demanding of our time, connecting us to the world in vastly more ways than the flip phones of yore. A team of researchers thought that smartphones might be making relationships worse, so they wrangled 170 college kids who were in committed relationships to see what role their phones were playing.

In the study, published in the journal Psychology of Popular Media Culture, the college lovebirds were asked to report on their own smartphone use: how dependent they felt on their device, and how much it would bother them to go without it for a day. They then answered similar questions about their own partner’s smartphone dependency.

In other words, people get jealous of their partner’s smartphone. “I’m more likely to think my relationship is doomed the more I believe my partner needs that thing,” explains Matthew Lapierre, assistant professor in the department of communication at the University of Arizona, who authored the study with his former undergraduate student Meleah Lewis. “It’s not use; it’s the psychological relationship to that device.”

The researchers are now doing a followup experiment to try to understand the causal mechanisms behind their findings and to see whether or not smartphone dependency affects other areas of life, like academic performance, and whether factors like self-esteem predict a person’s smartphone obsession.

“Smartphones are fundamentally different from previous technologies, so their effect is much more powerful,” Lapierre says. “I don’t want to say it’s uniformly negative, but it definitely hints in that direction.” 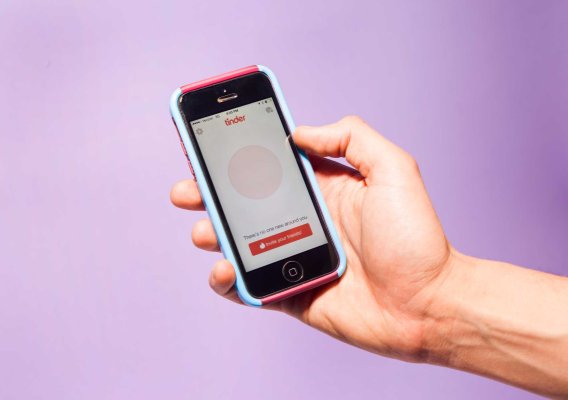 3 Reasons Why You Should Avoid Online Dating When You're Lonely
Next Up: Editor's Pick