If you ask these influential little girls, all it takes to change the world is a hint of curiosity and a will to spark action. These youngsters have made waves, armed with nothing but their small voices and, in most cases, paper and a pen.

Here are some of the pint-sized pioneers who have made history simply by calling for a change:

Amariyanna Copeny
A short-but-powerful written plea from 8-year-old Amariyanna Copeny was one of the driving forces that convinced President Obama to visit Flint, her hometown in Michigan plagued by lead-contaminated water. The little girl, who goes by Mari, wrote the commander-in-chief a letter, saying she would like to meet him or his wife, adding that their presence “would really lift people’s spirits.” He responded, confirming he would come into town to hear more about the public health crisis from voices like hers. “Letters from kids like you are what make me so optimistic for the future,” Obama wrote back.

Mari told TIME on Wednesday that she was moved to send the note to make sure the President understood what was happening to her neighbors. “I’m going to tell him that the water’s bad,” the third-grader said. “I wanted him to know what was going on.”

Sofia
Americans have little Sofia of Massachusetts to thank for inspiring the government to put a woman on U.S. currency. She wrote President Obama a letter, asking him why she didn’t see any female faces on American coins or bills, and later left a note with Treasury Secretary Jack Lew, asking him to consider putting a woman on paper bills. Obama last year called it a “pretty good idea.” The Treasury would later announce that Harriet Tubman would be featured on the $20 bill.

Sofia, then 10, told TIME last June that she hopes her role in the movement will encourage more children with good ideas to speak up. “They can do a lot of things, even if they’re kids,” she said.

Grace Bedell
Grace Bedell may be the reason Abraham Lincoln won his presidential election. The little girl was 11 when she wrote the candidate a letter in 1860, suggesting he grow a beard to gain more votes. “I have yet got four brothers and part of them will vote for you any way and if you let your whiskers grow I will try and get the rest of them to vote for you,” she wrote. “You would look a great deal better for your face is so thin. All the ladies like whiskers and they would tease their husbands to vote for you and then you would be President.” Lincoln, who took her advice, later shook her hand and said, “You see? I let these whiskers grow for you.”

Venetia Phair
Venetia Phair is credited with naming Pluto in 1930, when she was just 11 and the then-ninth planet was newly discovered, the BBC reports. Phair had told her grandfather that the planet should be named after the Roman god of the Underworld, and he alerted a friend who happened to be an astronomy professor at Oxford University, TIME previously reported.

Alexandra “Alex” Scott
Alexandra “Alex” Scott is the inspiration behind Alex’s Lemonade Stand Foundation, a national charity that has raised more than $120 million toward finding a cure for cancer, according to the organization. Alex, who was diagnosed with a rare form of childhood cancer called neuroblastoma before she turned 1, decided she wanted to start a lemonade stand in her front yard to help other children with cancer. She died in 2004 at age 8, but her legacy remains. The foundation has funded more than 550 research projects nationally, and thousands of supporters across the country continue to start lemonade stands to fund her cause to this day. 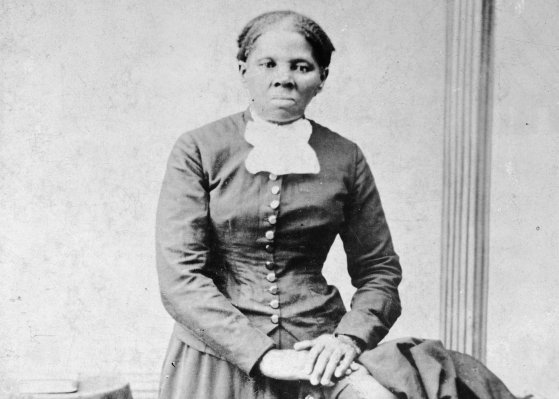