China Will Not Permit War on the Korean Peninsula, Xi Jinping Says

Chinese President Xi Jinping delivers his speech a meeting of Foreign Ministers of the Conference on Interaction and Confidence Building Measures in Asia on April 28, 2016, in Beijing
Kenzaburo Fukuhara—AFP/Getty Images
By Rishi Iyengar

Chinese President Xi Jinping vowed that his country would prevent war from breaking out between North and South Korea, in an address to several Asian Foreign Ministers on Thursday.

Speaking at the Conference on Interaction and Confidence Building Measures in Asia, Xi added that an armed, potentially nuclear conflict in the Korean Peninsula would be detrimental to all parties involved, Reuters reports.

“As a close neighbor of the peninsula, we will absolutely not permit war or chaos on the peninsula,” he said. “This situation would not benefit anyone.”

Although China is North Korea’s longtime ally, it has condemned the country’s recent nuclear and missile tests that have prompted an escalation of tensions in the region. 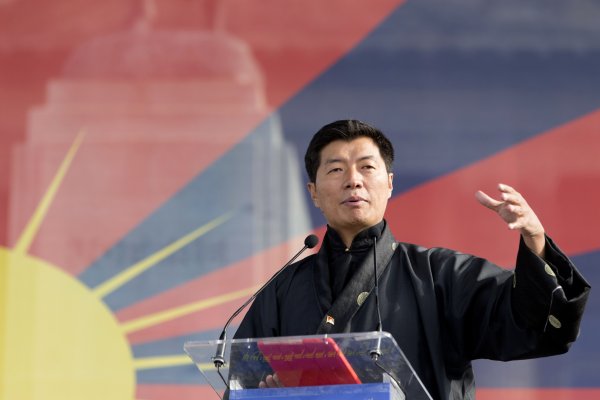