Everything to Know About London's Mayoral Election

London’s mayoral election has struggled to get itself noticed as the EU referendum campaign has dominated the airwaves. Yet the post offers the largest single mandate to any politician in Britain – Boris Johnson won more than one million votes in 2012. The mayor may lack powers, but he can use his position as a platform to become an important national political player, as Johnson has done. Being mayor of London matters.

A host of hopefuls are vying for the job but only two – Labour’s Sadiq Khan and the Conservatives’ Zac Goldsmith – have a realistic chance of winning. Neither has yet captured the imagination of Londoners in the way that Johnson, or his predecessor, Ken Livingstone, did. The polls currently put Khan ahead 31% to 20% on first preferences, rising to 48% to 32% when “don’t knows” are excluded, and 60% to 40% when second preferences are allocated. But with a quarter of voters still undecided, there’s all to play for.

The son of Pakistani immigrants, Khan trained in the law and made his name as a human-rights lawyer before becoming chairman of Liberty. He got involved in politics, being elected as Labour MP for Tooting in 2005. He quickly made his mark, joining Gordon Brown’s government as minister of state for transport in 2008. In opposition, Khan ran Ed Miliband’s successful leadership campaign in 2010 and joined the shadow cabinet, where Miliband gave him the justice brief.

After Labour’s election defeat in 2015, Khan announced he would run for the party’s nomination for the London mayoralty. Tessa Jowell was the early favourite, but Khan benefited from the large influx of new Labour members and supporters enthused by Jeremy Corbyn’s leadership bid. By tilting to the left – Khan also nominated Corbyn for the leadership – he was able to secure the votes of a decidedly left-wing London Labour Party, defeating Jowell in a membership ballot.

The manner of this victory, alongside his human rights background, ensured that Khan was seen by some as a radical left-winger. In reality, he belongs firmly in Labour’s “moderate” soft-left camp – and his nomination success is a classic case of a candidate moving to the flanks to secure the endorsement before distancing himself from Corbyn and returning to the centre. That has seemingly left some Labour MPs hoping that, with Khan as London mayor, they would have a figurehead for internal opposition to Corbyn.

But while, as mayor, Khan would enjoy an independent powerbase, he would need to tread cautiously. In an atmosphere where talk of deselection is rife, any open challenge to Corbyn could lead to an attempt by London activists to replace Khan as Labour’s candidate in 2020. He might decide he has more than enough on his plate dealing with London’s housing crisis and transport problems, without getting involved in national politics.

Get to know Goldsmith

Zac Goldsmith’s background is very different. He is the son of the billionaire financier, Sir James Goldsmith, who formed the Referendum Party in the 1990s. Prior to becoming the Conservative MP for Richmond Park in 2010, Goldsmith worked in journalism, editing The Ecologist magazine, reflecting his longstanding interest in the environment. After Johnson decided not to contest the mayoralty in 2016, Goldsmith easily secured the Tory nomination.

Goldsmith has relatively fewer difficulties than Khan in relation to his party leader – although he has backed Brexit and would likely oppose any decision to build a third runway at Heathrow. If Goldsmith wins the contest, these tensions are likely to escalate. But for the duration of the campaign, the contrast with Johnson is a greater problem. Quite simply, Goldsmith’s personality pales in comparison with his ebullient predecessor. Personal appeal is important in London’s mayoral election, where a high-profile post has tended to attract big personalities. Goldsmith is not one (although neither is Khan).

But the problem is more acute for Goldsmith because politically, London is a left-leaning city, with liberal values and a large ethnic minority population. As in previous elections, the Tories will try their “doughnut” strategy – winning the outer ring of affluent boroughs while Labour focuses on the inner boroughs.

However, Johnson’s success was partly down to support from what the pollster, Peter Kellner, called “Boris Labour”. In 2012, Kellner reckoned that one-in-ten Labour voters backed Johnson for mayor, partly because they liked the Tory candidate and partly because they disliked Livingstone. Goldsmith needs some cross-over support if he is to win.

But Goldsmith lacks Johnson’s charisma. Neither does he have the advantage of facing Livingstone, who was unpopular and discredited by 2012. Goldsmith’s only hope is to go after Khan. His Labour opponent’s legal past and history of sharing platforms with unsavoury characters has created a small opening in what has otherwise been a lacklustre campaign.

The Conservatives have been accused of politicising Khan’s Muslim background by “dog-whistling” with references to him being “radical” and “divisive”, and linking him to extremists. Much like his targeted campaign leaflets, this tactic could be aimed at winning the votes of working-class white voters and largely middle-class Hindus. Realising the danger, Khan has sought to reassure voters that he is an implacable opponent of Islamism.

Ultimately, the contest may be decided by turnout, which tends to be low in London mayoral elections – between 35% and 45%. The question then is which candidate can coax more of his supporters to the polls. At the moment, it looks as though Khan will do it. But if Goldsmith convinces enough voters that his Labour opponent represents a threat, he might pip him to the post. 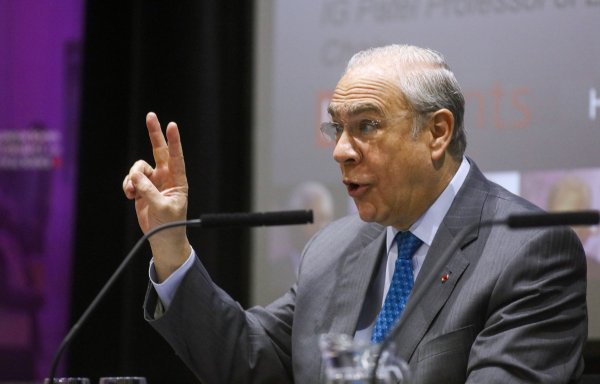