You Can Play Minecraft in Virtual Reality Right Now

If all you’ve ever wanted to do in virtual reality is swing a pixellated virtual pick, that happy day has finally arrived. Minecraft for Samsung and Oculus’ Gear VR headset is available right now from the Oculus Store for $6.99.

If you’ve already checked that box, this version has all the Pocket Edition‘s Creative and Survival modes, skins and multiplayer options. And in case you’re worried about motion sickness, you can opt out of the immersive first-person mode for the alternative “theater view,” where you’re positioned as if sitting back several rows in a movieplex, playing the game on a gigantic 2D screen.

I had a chance to test-drive this version last month at an offsite event during the Game Developer’s Conference in San Francisco. My takeaways were that it looked as crisp and responsive as the higher-end Rift version, that it lacked the Rift’s camera-related positional tracking (you can’t look around objects by moving your head, only at them), and that investing in a 360-degree swivel chair (since the Gear VR is tether-free) for easy stumble-free pivoting is probably a must. 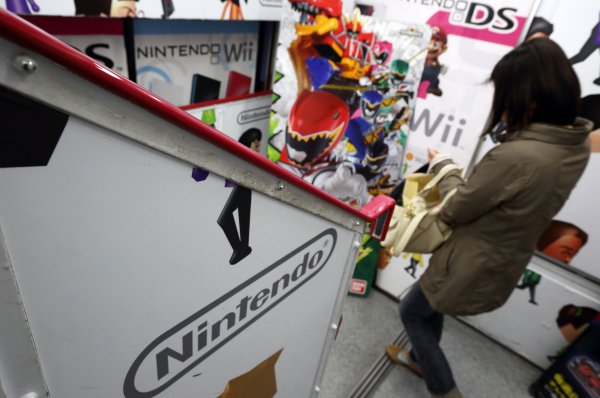 Here Are Nintendo's Next Two Smartphone Apps
Next Up: Editor's Pick