Plenty of apps can help people track their daily activities, monitor their health, and set exercise reminders. But when entrepreneur Jeff Dachis was diagnosed with Type 1 diabetes nearly three years ago, he couldn’t find any health software that truly helped him adjust to the new lifestyle his condition requires.

“[Medical apps] are usually written by people who have no sense of user experience, and are driven in a lot of ways by fear,” says Dachis. “For a data driven disease like diabetes, you really need all of the pieces of the puzzle in one place.”

Dachis’ frustrations led him to develop One Drop, an app that allows diabetics to manage their health by tracking data from their glucose meters, logging the number of carbohydrates in their meals, and offering insulin shot reminders.

iPhone maker Apple is now hoping to improve health apps like One Drop by offering developers new tools for building health apps. The Cupertino, Calif.-based firm on Thursday is rolling out “CareKit,” which gives app makers a suite of new tools for creating health software.

CareKit has four central features, called “modules.” There’s the “Care Card,” which helps users track how often they take medication or complete physical therapy routines; a symptom-tracking tool that can be used to monitor fevers and other ailments; a dashboard for comparing symptoms against recorded health metrics; and a function for sharing that information with doctors, caregivers, or family members.

CareKit features will appear immediately in some apps, including One Drop, mental health app Start, and pregnancy app Glow Nurture. One Drop, for example, will now include heart-shaped meters that fill up while a user completes their daily goals, which may include logging the right amount of carbohydrates according to their diet and taking the correct dosage of medication.

The new tools may seem minor to some. But Apple is hoping CareKit will provide a way for patients to keep a closer eye on their own health, potentially allowing them to more quickly address any issues as they come up. “If you have chronic medical conditions, [like] heart rhythm failure, this is an important matter because the management of that condition could be critical to avoiding hospitalizations,” says Dr. Eric Topol, cardiologist and director of the Scripps Translational Science Institute.

Some of CareKit’s functionality isn’t groundbreaking. Smartphone owners can already jot down their symptoms when they’re not feeling well, or set reminders to take medication on nearly any note-taking or alarm app. Dachis said his company probably could have developed the features offered in CareKit on its own.

But CareKit could help tie disparate functions together, giving people a more comprehensive view of their well-being. It could also empower healthcare organizations with limited technical resources to create helpful apps. “Thousands of organizations will be able to quickly put together [an app] that’s elegant and sophisticated,” says Dachis.

CareKit’s launch comes as many software startups seek to make life easier for patients. The app Maven connects women to health care professionals to provide an alternative to non-essential doctor visits and Googling for advice. Verily, which was once a part of Google and now stands as its own company under the Alphabet umbrella, is working on a product that aims to make medical research as simple and accessible as typing a query into Google’s search engine, according to Fast Company. And Apple already offers ResearchKit, which enables iPhone owners to participate in medical studies, and HealthKit, which allows health apps to share data with one another with the user’s permission.

Despite Silicon Valley’s growing interest in health, some worry that there’s a lack of medical software that provides truly meaningful data. CareKit itself is limited, as it’s only available for the iPhone, not competing platforms. And Dachis says there is room for improvement besides. “The data integration from ResearchKit to HealthKit and CareKit could be better,” he says.

Regardless, Topol says CareKit is an indication that health apps are moving in the right direction: “It reflects a whole democratization of medicine. This would be seen as alien, foreign a few years ago.” 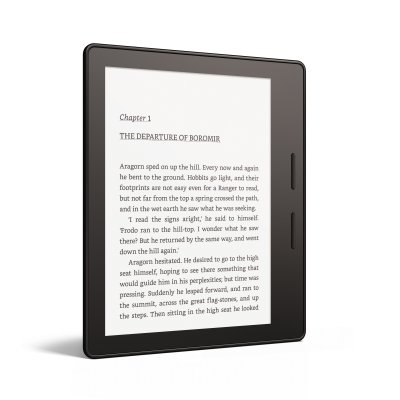 Review: Amazon's New Kindle Is Gorgeous But Expensive
Next Up: Editor's Pick