Michael Phelps Did Not Want to Compete in the 2012 Olympics

Olympian Michael Phelps opened up about what he calls a “downward spiral” on Wednesday morning in an interview with the Today Show‘s Matt Lauer.

Phelps, who is preparing for the 2016 Olympics in Rio, said he struggled in the wake of his sweeping Olympic victories in 2008. By the time the 2012 games came around, he said, he did not want to compete.

“Leading into London, I didn’t want anything to do with the sport,” the swimmer said on Today. “I think I was just over it. I think personally I had a lot of struggle getting through the four years after ’08.”

Phelps still performed well in London, bringing home 6 medals (four gold, two silver) but shortly thereafter he was arrested for a DUI in September 2014. It was then, he said, that he felt himself spiraling out of control.

“I sent myself down a downward spiral. I think it was more of, of a sign than anything else…That I had to get something under control, whatever it was,” Phelps said. “I look back at that night, and everything happened for a reason.”

Though he said he doesn’t know if he’s an alcoholic, Phelps completed 45 days in a rehab program. Now, he says, he’s ready and willing to compete this summer.

“I want to be here. That’s the difference. I had no desire to go to work out before,” he explained. “I want to retire how I want to retire. And I have a great opportunity to do that. I mean, I haven’t trained like this in a decade.”

Watch the full interview at TODAY.com. 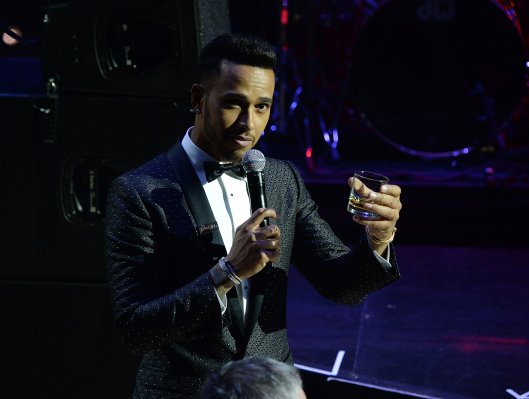 Watch Lewis Hamilton Toast Prince at the TIME 100 Gala
Next Up: Editor's Pick