Gina Rodriguez on Immigration Reform: 'We Need to Take Action'

Gina Rodriguez at the TIME 100 gala in New York on April 26, 2016.
Erik Pendzich—REX/Shutterstock
By Eliana Dockterman

Jane the Virgin has dealt extensively with the issue of immigration, and its star Gina Rodriguez wants to shine a light on the problem of mistreatment of immigrants under our current system.

During the TIME 100 Gala Tuesday, where she was honored as one of the 100 most influential people in the world by the magazine, she was asked what she thought about the debate over immigration during this presidential election season.

“We need to keep families together and not in detention homes,” Rodriguez said. “The fact that it’s even called that makes you feel uncomfortable knowing that there’s no care for people as human beings.”

Rodriguez is glad the issue is playing a role in the election, but she wants to make sure immigration reform promises aren’t just talk.

“When it comes to the candidates, I’m very excited to see what’s going to be done,” she added. “Conversation is great, but we need to take action.” 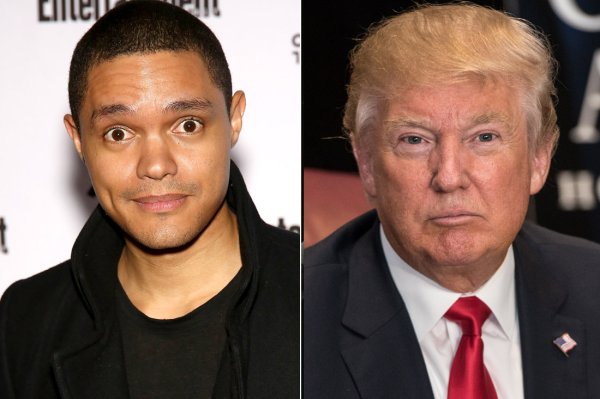 Trevor Noah on the One Question He’d Ask Donald Trump
Next Up: Editor's Pick