Why I Would Rather Travel The World Than Ever Have Kids

I like children, but to say I love them wouldn’t be completely accurate.

As I write this, I’m on a plane to Paris. Less than a week ago, I was in Cambodia and Thailand for a couple of weeks. And a few weeks before that, I was in Costa Rica. I saw a sloth there, in the flesh; a monkey jumped on my back while trying to swipe a French fry at lunch.

And when I was in Cambodia, I fulfilled one of my dreams of wrapping my arms around an elephant, hugging him tight, and kissing his face. I never knew elephants had whiskers on their face, but now I do. I’m glad I can say I know this from first-hand experience.

How do I get to do all this traveling? Well, I can work from anywhere. And I don’t have kids. Nor do I have any desire to have them. Ever.

I realize in not wanting to have kids, even in 2016, I’m seen as a monster by some. I mean, how DARE a woman with a working uterus think it’s OK to NOT use it? Does she not realize that she’s only here to procreate? How dare she have a life without children? She should be committed to the nearest insane asylum.

Go ahead; have yourself a chuckle. But I get emails just like that all the time, since I’ve written about this topic before, and, yes, most of them will be from men. Men, I’m assuming, who find a woman like me to be some sort of threat to their masculinity.

I don’t want kids for a few reasons. For starters, I know I wouldn’t make for a very good mother. It’s not that I’d drop them or forget them at the grocery store or anything like that but they’re not a good fit for me and the life I’ve created for myself. I’d rather be in Cambodia kissing elephants or cage diving with sharks in Cape Town (that will be September’s trip), or wandering the streets of Paris, a city that has become my second home, than trapped at home doing the mom thing.

Related: Check Out These Accurate and Fun Horoscopes

The itch to become a mother isn’t in me but the itch to travel, and travel far and often, is. If the urge isn’t there, I don’t think it’s fair to force it; to pin myself down to a life I don’t want and have a baby because someone else thinks I should. That would be awful.

Can you imagine being born to a woman who never really wanted you around in the first place? I couldn’t do that. I will NEVER do that. And last I checked, I’m not under any obligation to procreate anyway.

I like children. To say I love them wouldn’t be completely accurate. It’s not because I’m a monster — the same monster people who feel women should have children will call me — but I simply don’t love them because I’m not around them much. Very few of my friends have children, and the ones who do I don’t see much because, well, they have children.

I have two nephews in Colorado whom I love to pieces, but I don’t see them very often. We talk quite a bit, but my sister only comes back East with them once a year and it’s usually when I’m traveling. I don’t go out there as often as I probably should because I’d rather be traveling, and I’ve already been to Colorado enough to last me a lifetime. Some people may call this selfish, but I call it “living my best life.”

When I talk to my sister about my nephews, everything they do and say is exciting to her. I agree that they’re entertaining and are definitely funny (and smart as hell), but the joy my sister feels by just playing with them in the yard is the same joy I feel every time I get off a plane in a new country.

Although it might be hard to grasp, traveling fulfills me in a way that having kids never will, just like traveling will never fulfill my sister the way her kids do. This is something she and I have both realized about each other.

We don’t really understand it because I’d rather be on the beaches of Spain every summer while she prefers to spend her days at home with them, climbing trees and such, but we accept it. I’m fulfilled one way, while she’s fulfilled another way.

To be able to say without a doubt that traveling fulfills me more than having kids can’t be done unless I had kids. It’s like trying to say your bed is the most comfortable bed in the world, although you haven’t tried all the beds in the world.

Related: 11 Quotes That Will Make You Want To Hug Your BFF

But I’m very much certain that at this point in my life my greatest fulfillment comes in the form of traveling and being free of kids. I can go anywhere at anytime; I don’t have to put my life on hold for someone else. It’s complete and total freedom.

I don’t shame women who are fulfilled by their children, nor would I ever, just as I hope no one would shame me for my choices. It’s just how the cards were dealt when it comes to the maternal instinct thing. My deck didn’t have that card, so I find fulfillment in packing my bags, getting the hell out of town, and finding myself lost in someplace foreign and new.

This article originally appeared on YourTango.com 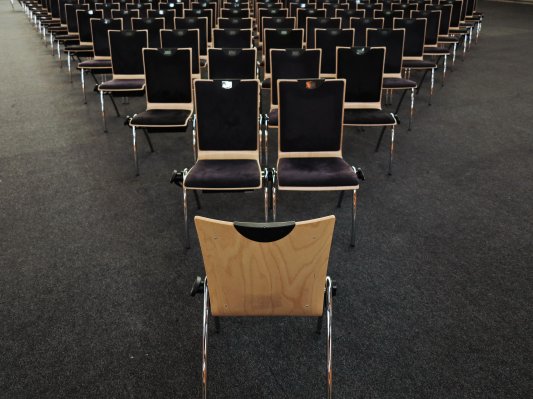 The Piece Of Advice That Changed My Career
Next Up: Editor's Pick