Reports on Tuesday suggested that Republican candidate Donald Trump is facing a particular dilemma within his campaign: keep doing what he’s been doing, or rein in his remarks to seem more “presidential” as the general election season approaches? Within his camp, those two sides are represented by adviser Paul Manafort (who has reassured some Republican donors that Trump would tamp down his act) and campaign manager Corey Lewandowski (who is perhaps best known for an alleged physical altercation with a reporter in March).

While Trump’s campaign may be unique, the two sides in this debate have been seen before. In fact, it was Republican idol Ronald Reagan who perhaps best exemplified the opposing forces of presidential-ness and personality.

In 1982 and ’83, in the Reagan White House, the more politically minded Manafort side was represented by Chief of Staff James Baker. Meanwhile, National Security Adviser William P. Clark was the Lewandowski of the situation, whose approach was at the time summed up with four simple words: “let Reagan be Reagan.” In general, “being Reagan” meant adherence to the President’s harder-line “raw, conservative instincts,” as TIME put it.

Clark and Baker both eventually left those positions—which is perhaps where a lesson for today can be seen. The conflict between pragmatism and conservatism continued to play out for the rest of the Reagan presidency, with or without the men who had once symbolized those two opposing urges. There would always be a group that wanted the President to compromise, and there would be always be a group that saw any compromise as a betrayal.

In 1987, for example, TIME reported that — in the wake of Reagan’s tentative approval of a peace plan for the then-ongoing conflict in Nicaragua — conservative Reagan boosters “complain that the Administration more than ever is filled with mushy compromisers who will not let Reagan be Reagan.”

Should Donald Trump make it all the way to the White House in this year’s election, there’s no reason not to predict that same dynamic repeating itself. The idea of letting a candidate be himself is not just about winning an election or keeping speeches on-message. The people who have come to support Trump for the rhetoric he has used thus far would be disappointed by any attempt to back off on his “being himself,” regardless of which Trump is the best representation of his true ideas. And the people who disagree with him but hope to keep his party in power will keep pushing for him to change. 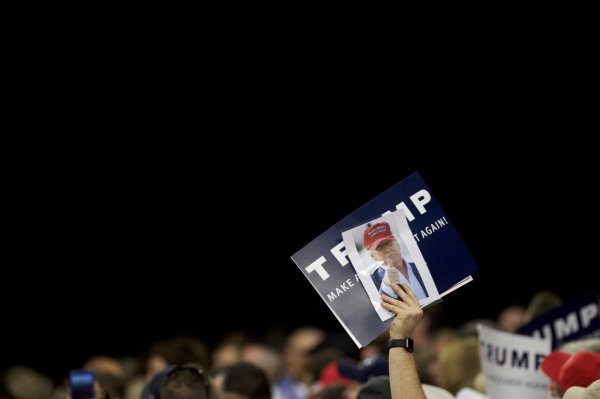 Stressed? Blame the 2016 Election.
Next Up: Editor's Pick